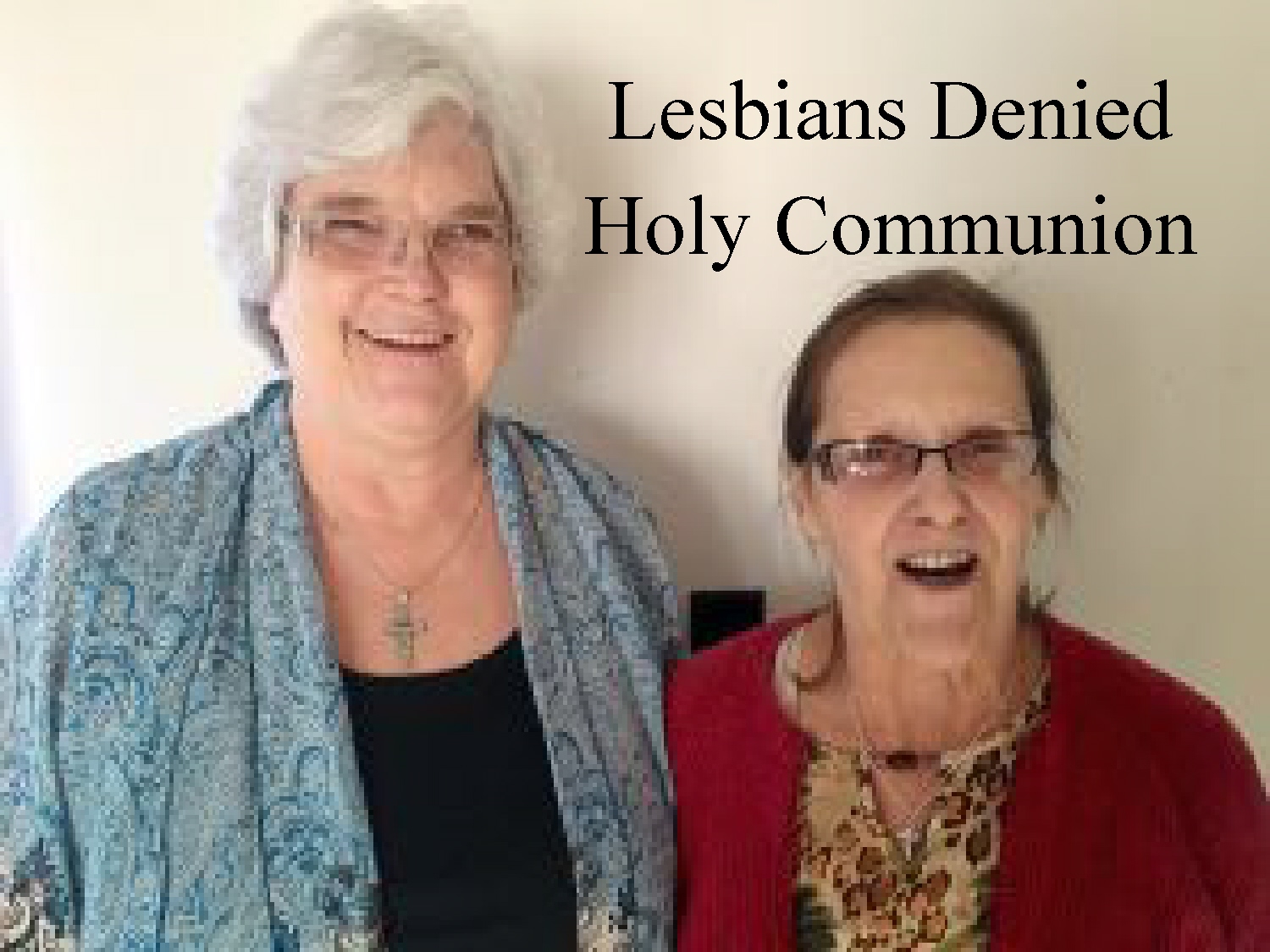 Far too often, knowing clergy decide to turn a blind eye to openly gay couples and give them the Body, Blood, Soul and Divinity of God without batting an eye to the fact that they KNOW the person is in mortal sin.

Would that same clergy feel perfectly right in giving HOLY Communion to a self proclaiming serial killer or rapist? How about to someone who walks up and blasphemies the name of God, then opens their mouth for Holy Communion?
Same thing.

1385 To respond to this invitation we must prepare ourselves for so great and so holy a moment. St. Paul urges us to examine our conscience: "Whoever, therefore, eats the bread or drinks the cup of the Lord in an unworthy manner will be guilty of profaning the body and blood of the Lord. Let a man examine himself, and so eat of the bread and drink of the cup. For any one who eats and drinks without discerning the body eats and drinks judgment upon himself."218 Anyone conscious of a grave sin must receive the sacrament of Reconciliation before coming to communion.
1395 By the same charity that it enkindles in us, the Eucharist preserves us from future mortal sins. The more we share the life of Christ and progress in his friendship, the more difficult it is to break away from him by mortal sin. The Eucharist is not ordered to the forgiveness of mortal sins - that is proper to the sacrament of Reconciliation. The Eucharist is properly the sacrament of those who are in full communion with the Church.

Notice that last bit there?  The Eucharist is for who???

THOSE IN FULL COMMUNION WITH THE CHURCH.  That is something these lesbians (and others) are woefully ignorant of.

That means, you MUST accept Church teaching and REPENT of what the Church defines as MORTAL SIN.

In this case, an openly lesbian couple (Carol Parker and Josie Martin) had been happily attending a Catholic parish (St. Columban Catholic Church in Chillicothe, Mo.) for more than a decade without ever being told their relationship was a mortal sin.  When one of the lesbians’ mother died a ‘new to the parish’ priest Father Benjamin Kneib informed the lesbians that he would not give them Holy Communion during the funeral mass because they were in a state of mortal sin.

The lesbians were shocked and dismayed.  How could a priest dare to mention sin to them!  Imagine,  a priest discussing someone’s sin with them in the hopes of getting a person to repent! Makes one wonder just what they had been hearing in that parish prior to this new priest showing up.

Because apparently this has been unheard of at this parish until this point.

Unfortunately, the profoundly *stupid Catholics sitting in the pews either don’t know the teachings of the Catholic Church any better than these lesbians or they too like wallowing in sin and refuse to repent or acknowledge their own sins because this story just keeps going.

How did the pew sitting Catholics respond when they heard the lesbians would be denied the Body, Blood, Soul and Divinity of Jesus Christ?

They turned up their noses at Jesus and refused Holy Communion themselves.
[these are the *stupid Catholics referenced above]

Can you imagine?  You turn down JESUS CHRIST in favor of two people in mortal sin!

Jesus SUFFERED and DIED for these people and how do they treat Him?  They refuse Him in the Eucharist so they can support mortal sin and make fools of themselves in front of a Catholic priest fulfilling his mission in Christ.

God help them on Judgement Day.

How did the lesbians respond to the priests decision to refuse Communion to a couple in mortal sin?

They of course quoted Pope Francis, “Who am I to judge?” and reprimanded the priest for judging their sinful actions.

“That was our faith community. It really took away a lot of things for us,” Ms. Parker said. “He (Father Kneib) would still like to see us there, but I don’t feel like I’m welcome if I can’t take part in the main focus of the Mass.”She provided PROMO, a Kansas City-based advocacy organization for the LGBT community, with a Jan. 1 follow-up letter Father Kneib sent her in which he further explained his decision. According to a press release from the organization, the letter stated that “having a same-sex attraction is not sinful in and of itself ... it is only when a person moves from attraction to willfully acting upon it that the situation becomes a sinful matter.”Father Kneib also apologized to Ms. Parker that the events that had transpired took place at the time of her mother’s funeral. When contacted by the News-Press, Father Kneib had no comment.Ms. Parker said she hopes that the priest might “open his eyes and fully receive the LGBT community into the church.”“We’re all God’s children, and we have every right to receive Communion,” she says. “Even the pope has said, ‘Who am I to judge?’”

You ONLY have the "right" to Holy Communion in the Catholic Church IF you are first in "full communion with the Church"- see catechism #1395.

Catholics you REALLY need to read your catechism and educate yourselves.

May God bless you greatly Father Kneib and give you GREAT STRENGTH to educate your flock and bring them to repentance before it’s too late.


Addition: To all the faithful Catholics in this parish, my comments were not meant towards you, but rather the people referenced in the original news article who decided to reject Jesus in the Eucharist in favor of standing beside mortal sin.  Gods blessing on you all.

***UPDATE:  EWTN's "Women of Grace" has written an article "Priest Attacked for Denying Communion to Same-Sex Couple".  Women of Grace gives a shout out to this blog article and to the comments left here.  Please check it out. [ http://www.womenofgrace.com/blog/?p=27665 ]