Surfing the web and found these gems... 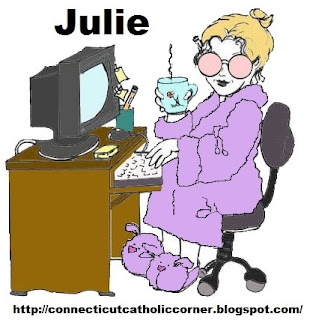 Time for another post on the assorted insanity I find on the internet.

The derangement of Protestantism continues.

Quote: Pastor VanHall says "What would it look like to be a church that looked like the movement that Jesus started and not like the church that we know in America today? Out of that consistent questioning came this model for a brewery church that generates funds for local charities,"

Christopher VanHall pastor of Greater Purpose Community Church in Santa Cruz, California is founding a new "church" which is set to open next summer. His theology is white supremacists killed Jesus and Jesus was a feminist, an environmentalist and LBGTQ affirming- so that is what VanHall's new "church" will be too.

Quote: "We are all for racial justice, which Jesus was a Palestinian, Jewish rabbi, he was a person of color that was killed by white supremacy so we're usually making every effort to be on the front lines for racial justice. So that's what sets us apart from many American churches." 😕 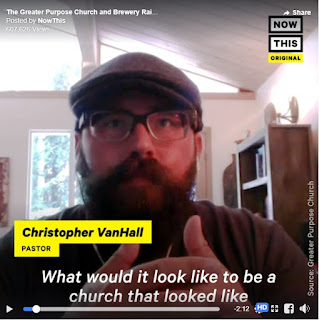 This "pastor" is opening a brewery in his "church" (which sits below some Planned Parenthood offices) and will be serving beer during the "church" services- he says having two beers will make his sermons better -I believe him. Proceeds from the beer profits and donations (30%-60%) will go to Planned Parenthood and other local progressive charities.

Thank you Jesus once more that I am Catholic! 🙏 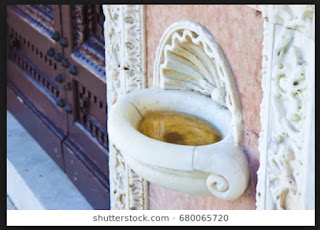 
Quote: "A CATHOLIC church has stopped providing holy water for its visitors after virus-spreading tiger mosquitoes were spotted using it to lay eggs. The holy water has been removed from the church of Gesu, known as the church of Saint-Jacques-le-Majeurin, in the heart of the old town of the southern French city of Nice."

Quote: "Father Dardonville, the church priest, said that he asked for the water to be removed after a visitor spotted tiger mosquito larvae in it and he says there are not enough staff to deal with the problem.
A note stuck on the wall above the empty holy water bowl reads: "No water-sanitary reasons, risk of proliferation of tiger mosquitoes".
Father Dardonville said: "A father and his two children came to warn me about the presence of larvae in the holy water and two days later I put the note up.

"For safety, I asked for something radical because I could not make sure that the holy water would be changed every other day during my holidays." 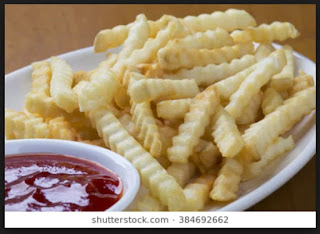 Quote: "The Journal had reported the Waterville restaurant faced threats of violence when it changed from crinkle-cut to straight-cut fries in June.

Parsons says the change was a financial decision because crinkle-cut fries required special blades that needed to be bought monthly. She says many people felt as new owners they were changing tradition at Bolley's, which had served crinkle-cut fries since it opened in 1962."

Okay ladies, what do you do if you think someone is going to attack your husband?

This woman decided - at a high school softball game- to drop her pants and moon the threatening man to distract him from going after her husband.

Quote: "The Roanoke Times reports 57-year-old Debbie L. McCulley is accused of mooning the stands, but a judge Thursday said the indecent exposure charge could be dropped. 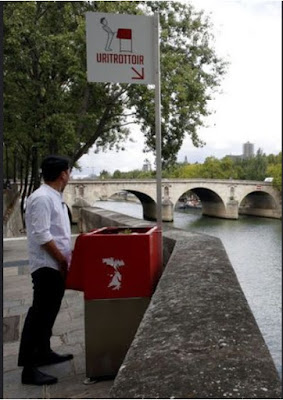 Quote in part: "PARIS (Reuters) - A new set of eco-friendly but completely exposed urinals deployed on the streets of Paris are provoking uproar from locals.

One of the bright red "urinoirs" installed on the Ile Saint-Louis, not far from Notre Dame cathedral and overlooking tourist boats passing on the Seine, has caused particular indignation.

Locals have written to the town hall to demand its removal and are planning a petition.


"There's no need to put something so immodest and ugly in such an historic spot," said Paola Pellizzari, 68, owner of a Venetian art store."

Quote: "We're told we have to accept this but this is absolutely unacceptable. It's destroying the legacy of the island. Can't people behave?"

Local mayor Ariel Weil insisted the devices were necessary, however. Paris authorities have rolled out four of the stand-up loos in spots where public peeing has been a problem, and a fifth is planned.

"If we don't do anything, then men are just going to pee in the streets," he said. "If it is really bothering people, we will find another location."

No mention in the article that migrants are to blame, but clearly that is why this is happening. Paris isn't what it used to be.
Only a matter of time before California decides this is how they will deal with their homeless who are using the streets as restrooms.
Watch this video if you can...