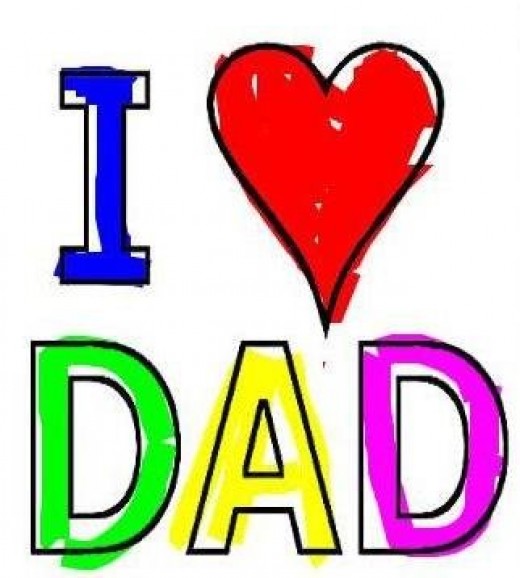 I’ve tried writing this article several different ways - because it’s so graphic and disturbing I keep second guessing myself on how much to actually show and discuss here, but the truth is, there is no way to clean this up.  There is no way, this topic isn’t disturbing- to most of us.

A few days ago, NY Magazine published an interview (that some people believe might be a hoax- I certainly hope it is) with a young 18 year old woman who depicts her sexual relationship with her father- whom she is now planning to “marry” in a paperless ceremony (because no state will as yet legally marry them).  The article is GRAPHIC and unbelievably disturbing.  The article is called “What it’s like to date your Dad”- though it’s really about having sex with your biological father and the physical sexual attraction they have to each other.  Again, a very disturbing topic and very graphic article by NY Magazine- be warned.

So you might wonder why even mention it on a Catholic blog… because years ago most of the population thought gay “marriage” was disturbing and immoral and yet today, it is more acceptable than many thought possible.  And years before that, adultery and living with people outside of marriage was believed immoral and wrong, yet today…it’s typical in our society.  Discussing this disturbing case of father/daughter incest is important because I believe that inside of a decade, incest will be not only legal, but also acceptable in our secular society.

We are a deranged immoral society driven by lust, sex and greed.  We want what we want and we don’t want anyone to tell us we are wrong.  The comments at the end of the incest article were mostly supportive that the female was in desperate need of therapy and her father should be locked up.  But not all those who left comments thought a father having sex with his daughter was a bad thing.  Many people had the “who am I to judge” mentality.  They expressed their opinion that if two consenting adults (the woman is now 18, but was a minor when the sexual relationship began) want to have sex and get married it was “no one else’s business” and they should not only be allowed to legally have a sexual relationship, but also should be allowed to get married and have children.

The interview is EXTREMEMLY GRAPHIC – so be warned.  This will be disturbing.  I am showing what was actually said because I want you to SEE the sick thinking that attempts to justify incest as “love” and therefore perfectly acceptable.  This is not love.  This is evil.  There are people who read this article and SYMPATHIZED with the father and daughter’s “love” for each other.

People who can’t understand what immoral means…it isn’t part of their vocabulary anymore.  If it feels good and you want to do it, who is to judge you for it?  That is the mentality of our society.  So when you read this interview and you feel shocked and sickened today, remember not too long ago others felt the same way about the prospect of gay “marriage” and gay sexual relationships.

If decent people do nothing to stop the immoral behavior of our society this will become our new “normal” and after it there will be no limits.  God didn’t warn about sexual abominations because they weren’t a possibility in our lives, He warned us about them because He knew how depraved mankind can be.

Now the daughter begins to discuss her sexual attraction to her father whom she hadn't grown up with or seen in twelve years.  She is about 16 years old at this point: 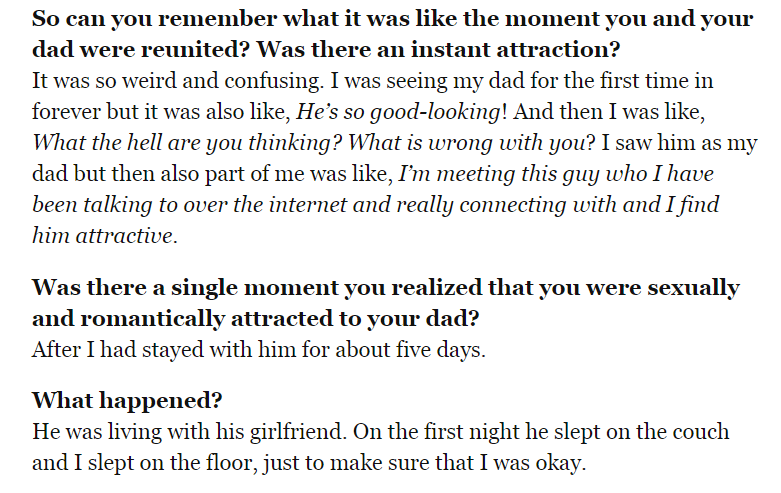 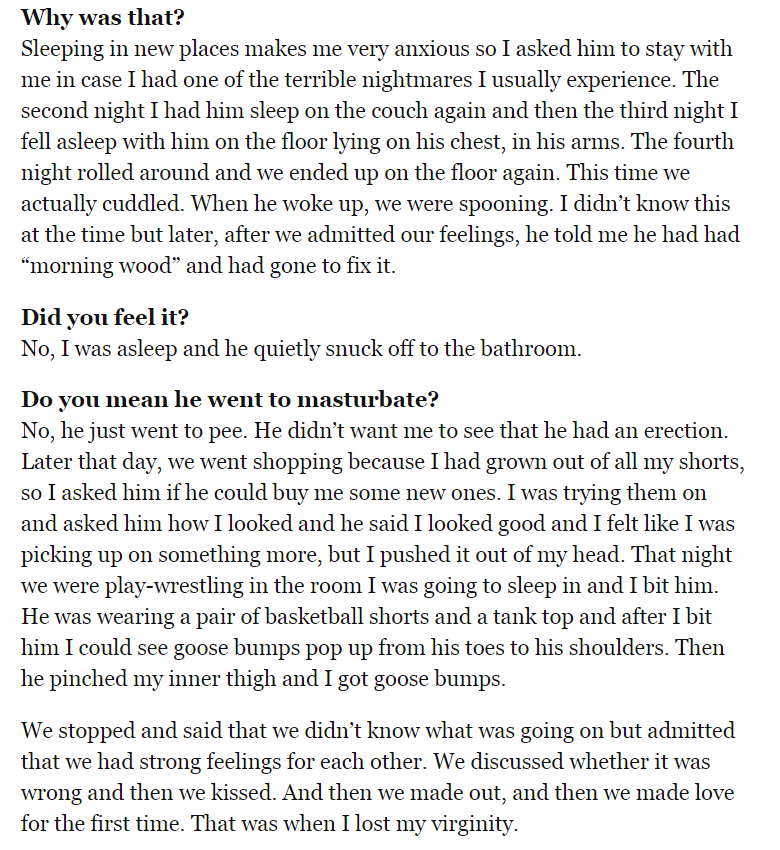 So in five days of reuniting with her father whom she hasn't seen in twelve years, this teenager has sex with him. 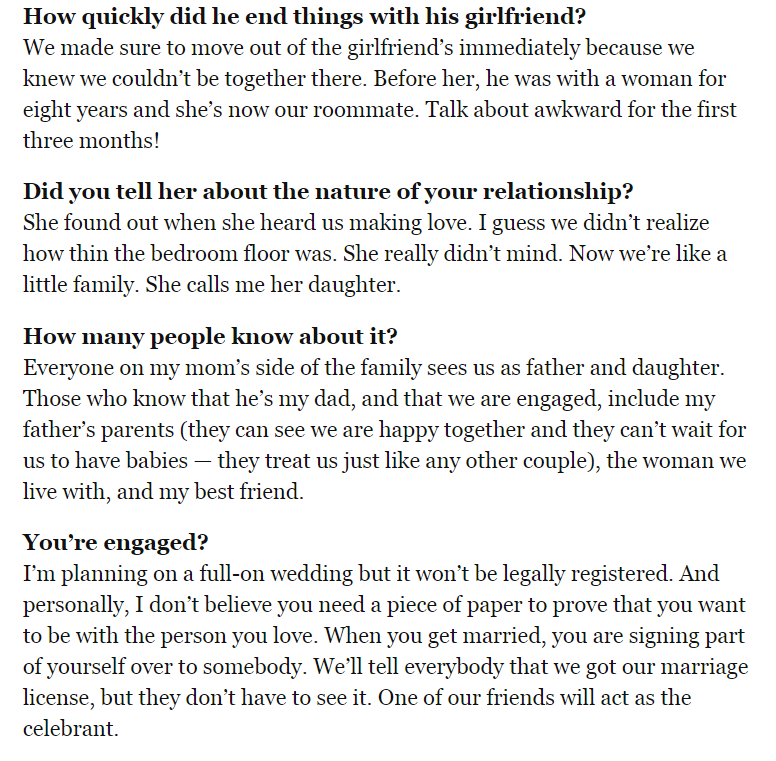 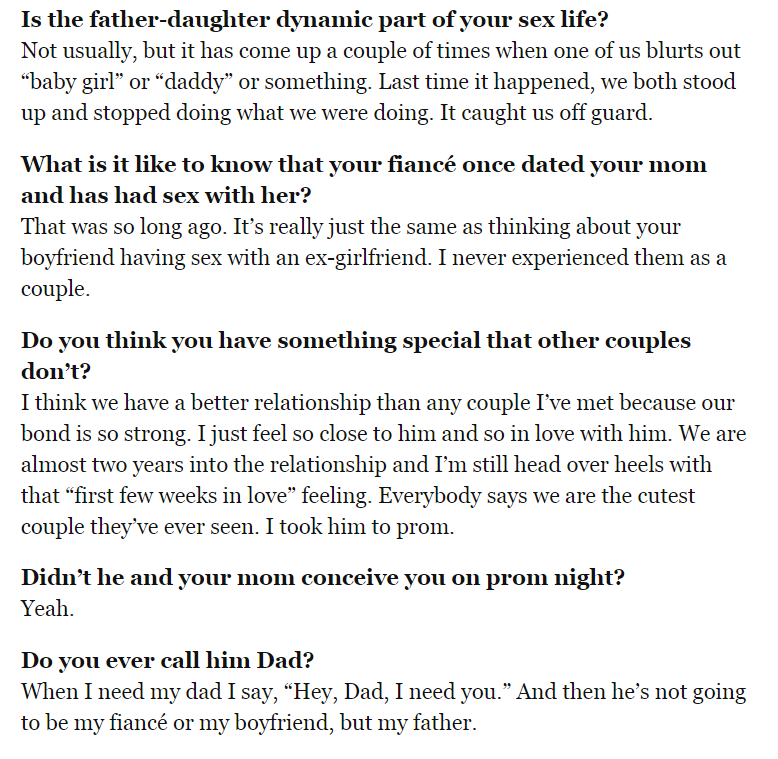 This daughter is clearly in need of help and yet no family members or friends or even laws are there to help her.  The "father" should be locked up and kept from other children (if you read the article there is a mention of this "father" and his relationship with his daughter's younger half sister- I fear for the half sister that she too might one day have a sexual relationship with this guy). 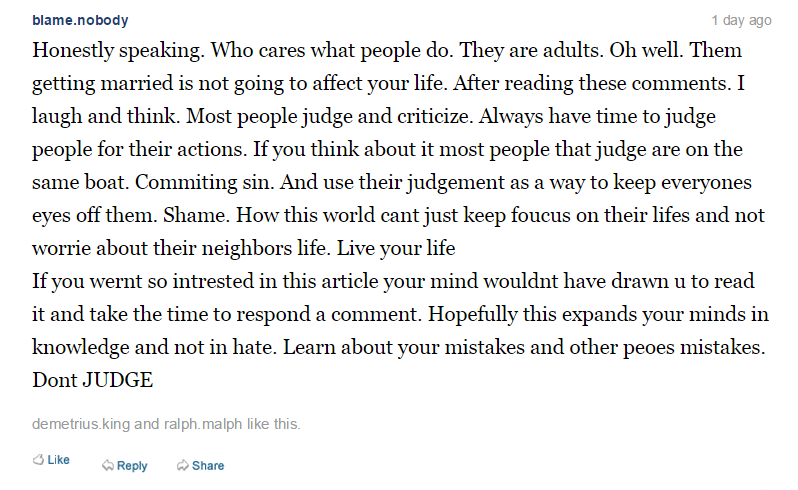 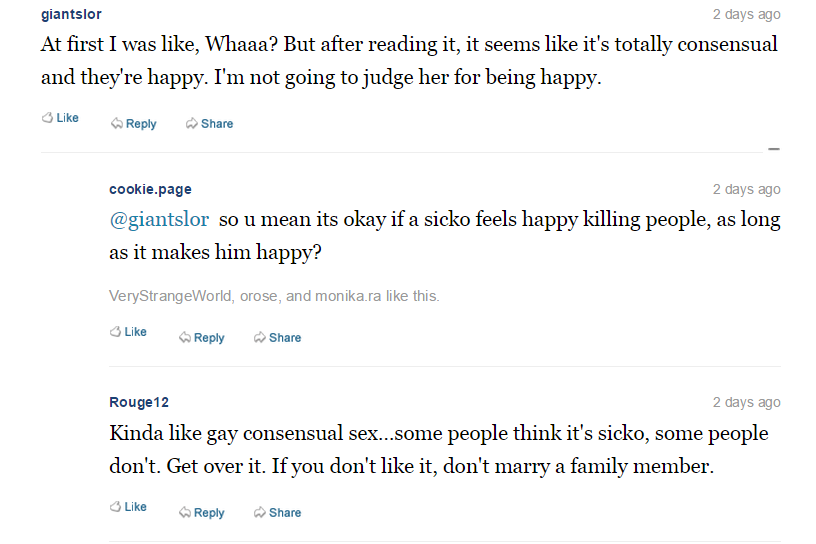 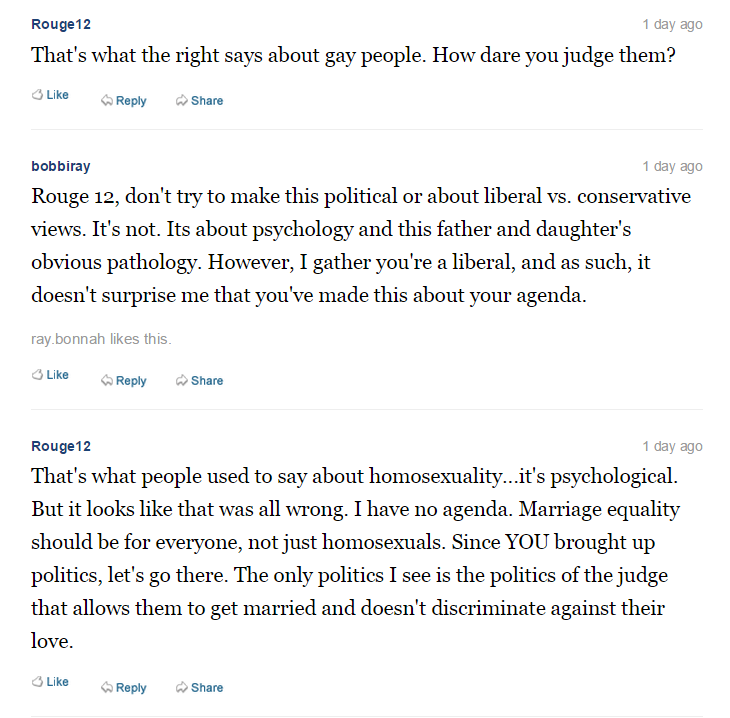