The youth have spoken...dear God help us all 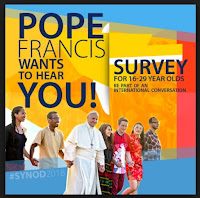 What hell will Pope Francis unleash on us now that he's heard from our  the youth? ("our youth" would be Catholic, but this Vatican initiated conference didn't ask only its Catholic youth...oh no! The Church wants protest, pagan and atheist youth to tell the Church how it should proceed.) By all means, let the non-Catholics dictate what the Church should do. 😕

What did the youth complain about say they needed from Christ's Holy Catholic Church?

*women's equality (we know what this means, we want women priests!)

*more accompaniment (when we hear this, its 99% of the time used to "accompany" someone IN their sin, not out of it-that would hurt their feelings-see below) 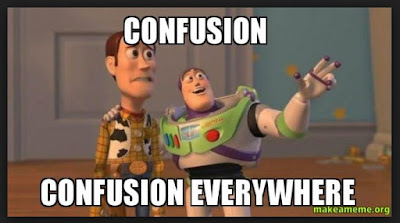 Quote: VATICAN CITY (AP) — Young Catholics told the Vatican on Saturday they want a more transparent and authentic church, where women play a greater leadership role and where obeying "unreachable" moral standards isn't the price of admission.
In a fascinating final document from a week long Vatican-initiated conference, 300 young people from around the world joined by 15,000 young people online gave the older men who run the 1.2-billion strong church a piece of their collective mind.
They urged Pope Francis and the bishops who will gather at the Vatican in the fall to back their recommendations that church leaders must address the unequal roles of women in the church and how technology is used and abused. They warned that "excessive moralism" is driving faithful away and that out-of-touch church bureaucrats need to accompany their flock with humility and transparency.
"We, the young church, ask that our leaders speak in practical terms about subjects such as homosexuality and gender issues, about which young people are already freely discussing," they said.
Among the participants, however, there was no consensus on hot-button issues such as church teaching on contraception, homosexuality, abortion or cohabitation. The document said some young people want the church to change its teaching...[clipped]

This isn't news to anyone. We see it among the adults in and outside the Church so no one should be surprised our youth are spouting the same nonsense.

Yet all hope is not lost! There are some young people (thanks be to God!) who accept all the Church teaches and simply want the Church to proclaim Her teachings "more forcefully" and to "better explain" the teachings!


... or better explain it; others accept the teachings and want the church to proclaim them more forcefully.
But overall, the young people concluded, the church often comes off as too severe and its "excessive moralism" often sends the faithful looking elsewhere for peace and spiritual fulfillment.[clipped]

For the life of me, I can't believe anyone today thinks the Church is "too severe" in this day and age. Would love to send these people back a few centuries - (or even decades for that matter!) for a comparison of the Church then to now! 😇 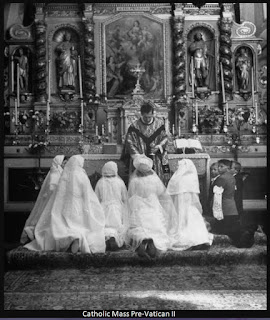 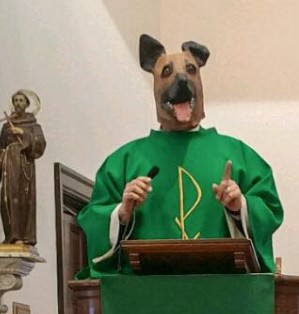 "The young people also made it clear that they love their technology and the church must get hip to that or lose relevance." [clipped]

Telling the post Vatican II Church it "must get hip" is mind blowing. We've got clown Masses, liturgical dancers bouncing around, female altar servers, parades of "Eucharistic ministers"(let's face it, they really aren't "extraordinary" at this point), rock-n-roll Masses, gay pride Masses and assorted pagan's mixing it up at our Masses since Vatican II.

What these youth want is Protestantism, not Catholicism.

God help our youth, I weep for them.