What rights should human beings have in the United States? 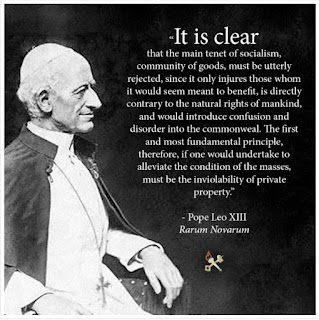 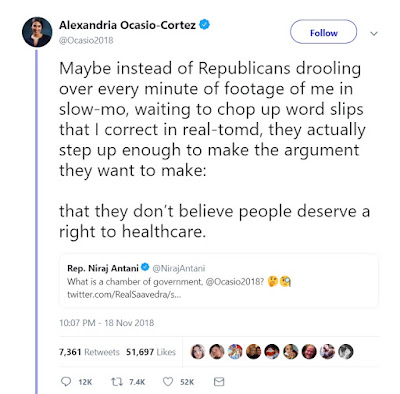 ...in response to Rep. Niraj Antani making fun of her "chambers of government" comment.

Ocasio-Cortez is no doubt a liberal fruit cake who is and will be adored by the Left as long as she continues with her socialism platform. The Left wants the "right" to free birth control, abortion, gay marriage etc.

What I want to look at is our "rights" as United States citizens vs basic human rights.

We are very blessed to have the rights we do, "freedom of speech", "freedom of religion" being (in my opinion) the most important. We also have the 2nd Amendment which gives us the freedom and right to own guns (which I support), we've (male, female, black/white) got the right to vote, and the right to trial by a jury of our peers, etc.

These are all good things.

But what about basic human rights?

In a country as rich as the United States, should not every U.S. citizen have a "right" to the basics without socialism? Food, clean water, clothing, shelter and care when they are sick?

Without becoming a nation of socialism, can't we figure out a way that every U.S. citizen can have an actual "right" to the basics? We are taxed to near death in this nation...how is that money spent? We need tax overhaul...but I won't hold my breath waiting for that to happen.

In our wonderful enterprising rich capitalist nation, where the rich have the right to own as many homes as they want with closets the size gymnasiums full of clothes is there no way the poor can have the basics?

The rich can rightfully afford luxuries because they have the money-earned or inherited. I don't begrudge them a dime. It's theirs to spend as they please. I don't advocate targeting them to take their money.

I only question a nation so rich and prosperous as to be the envy of the world, that can't seem to figure out how to give our own poor citizens basic human rights. We give away so much to other nations while too often neglecting our own.

Seems it shouldn't be that difficult for the United States of America to figure out how to better help our poor, but somehow we've been unable to do so.

Instead of giving other nations $BILLIONS of our tax dollars for them to spend on their citizens betterment, how about we reinvest those $billions into our own citizens struggling with poverty?

Why do we have to be the world police and piggy bank? 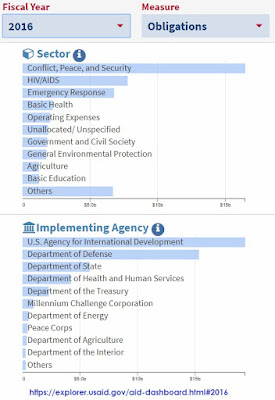 Do these nations need some help? Sure, do they need all that money at the expense of the poor in the United States? I question that.

Some say "food, shelter, water, healthcare and clothing" are not human rights for our government to grant its citizens. 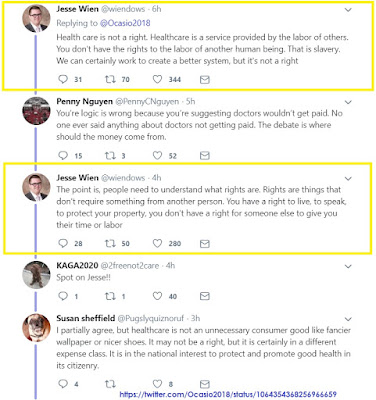 I see what Jesse Wien is saying, but I believe that way of viewing this situation is flawed. Perhaps we need to look at how we have defined a "right" for our citizens in this country. Perhaps we need to stop being the worlds police and piggy bank and put those funds to work in our nation for our poor so they can have a better life right here at home.

I think we can do better without becoming socialist with a nanny government. There has to be a way...

Catholic Catechism: 2425 "The Church has rejected the totalitarian and atheistic ideologies associated in modem times with "communism" or "socialism." She has likewise refused to accept, in the practice of "capitalism," individualism and the absolute primacy of the law of the marketplace over human labor. 207 Regulating the economy solely by centralized planning perverts the basis of social bonds; regulating it solely by the law of the marketplace fails social justice, for "there are many human needs which cannot be satisfied by the market." 208 Reasonable regulation of the marketplace and economic initiatives, in keeping with a just hierarchy of values and a view to the common good, is to be commended."

To be clear, I don't want a socialized healthcare like the UK has where they allow patients like little Alfie to die and their courts refuse to allow him to leave the country to seek treatment elsewhere- this is heinous.

The United States can and should do better. We need to figure this out.

Aid to other countries: https://explorer.usaid.gov/cd