In my email box today, I received a link to a discussion over on the Catholic Answers forum and a link to a truly revolting anti-Catholic "game" app from Google Play.

The "game" is about a little boy trying his best not to get molested by a Catholic priest (Fr. Murphy).  To avoid molestation the player must shoot wads of paper into the garbage bin.

If that isn't disgusting enough, the maker of the game ("Godly Games")  goes even further with an image of Jesus Christ and the words "watch out for Jesus moving the bin, he wants you to get molested too!" 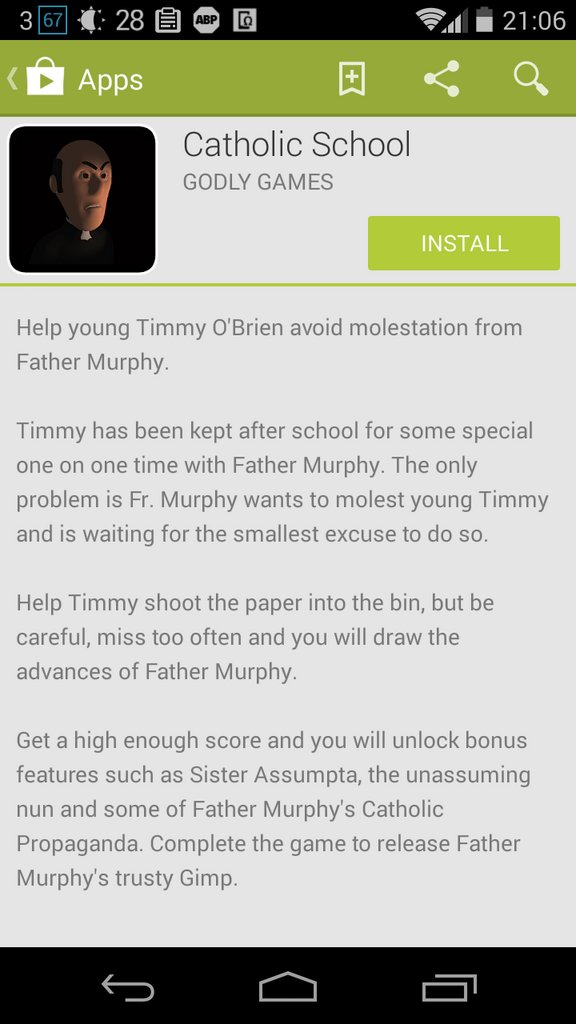 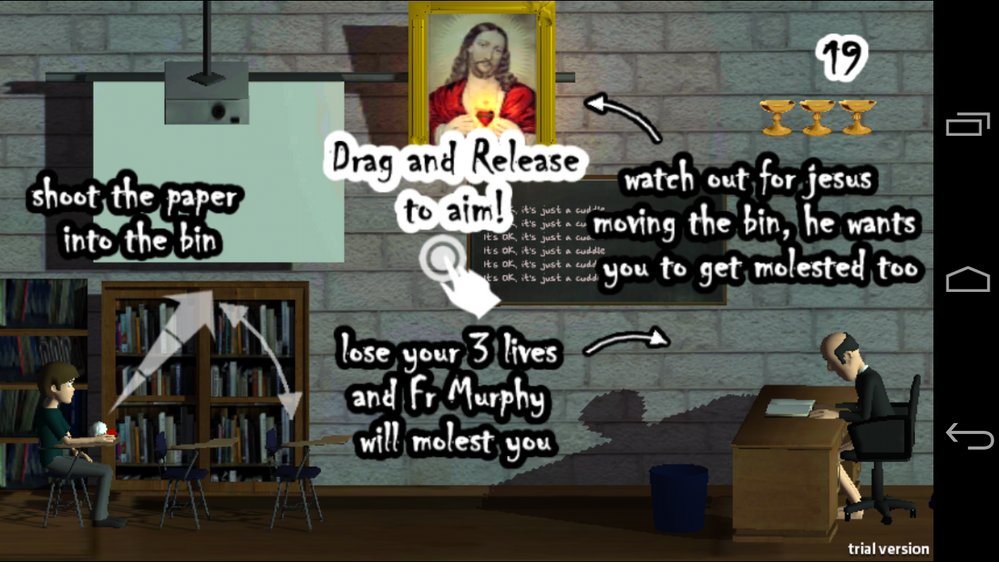 The "game" is rated "medium maturity"- whatever that means.

I ask everyone reading this to PLEASE REPORT this vile "game" and demand Google remove this app.