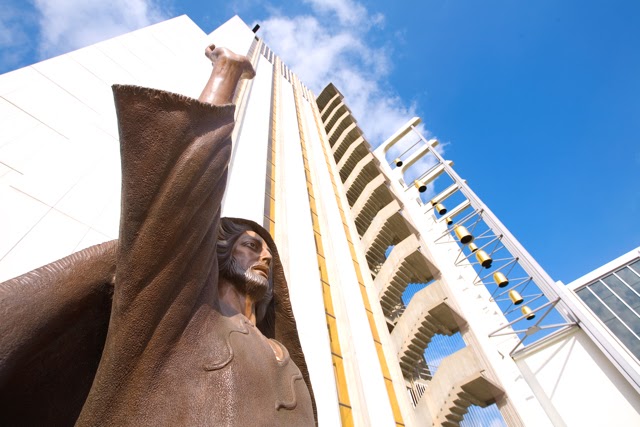 Irondale, AL – EWTN Global Catholic Network has begun construction of its first West Coast television production facility located on the campus of Christ Cathedral in the Diocese of Orange, California. EWTN hopes to begin using the studio to transmit news, televised Masses, and inspiring stories of faith to its global audience by the end of the year. A joint announcement of the new facility was made at the annual Napa Institute gathering in Napa, California on July 24 by EWTN Chairman and Chief Executive Officer Michael P. Warsaw and the Most Rev. Kevin Vann, Bishop of Orange.


The Roman Catholic Diocese of Orange acquired the former Crystal Cathedral in November 2011 and took possession of the property in September 2013. Shortly after moving onto the campus, the Diocese began an extensive renovation to restore the 34-acre campus and its seven buildings to their former magnificence - upgrading them to modern earthquake and energy efficiency standards in order to accommodate the unique needs of a large and vibrant parish, Diocesan Pastoral Office and Catholic school. As part of the renovations of the campus, the Diocese has worked to develop the capacity to share its events, liturgical celebrations, news and other topics of interest with audiences throughout Southern California and the world. 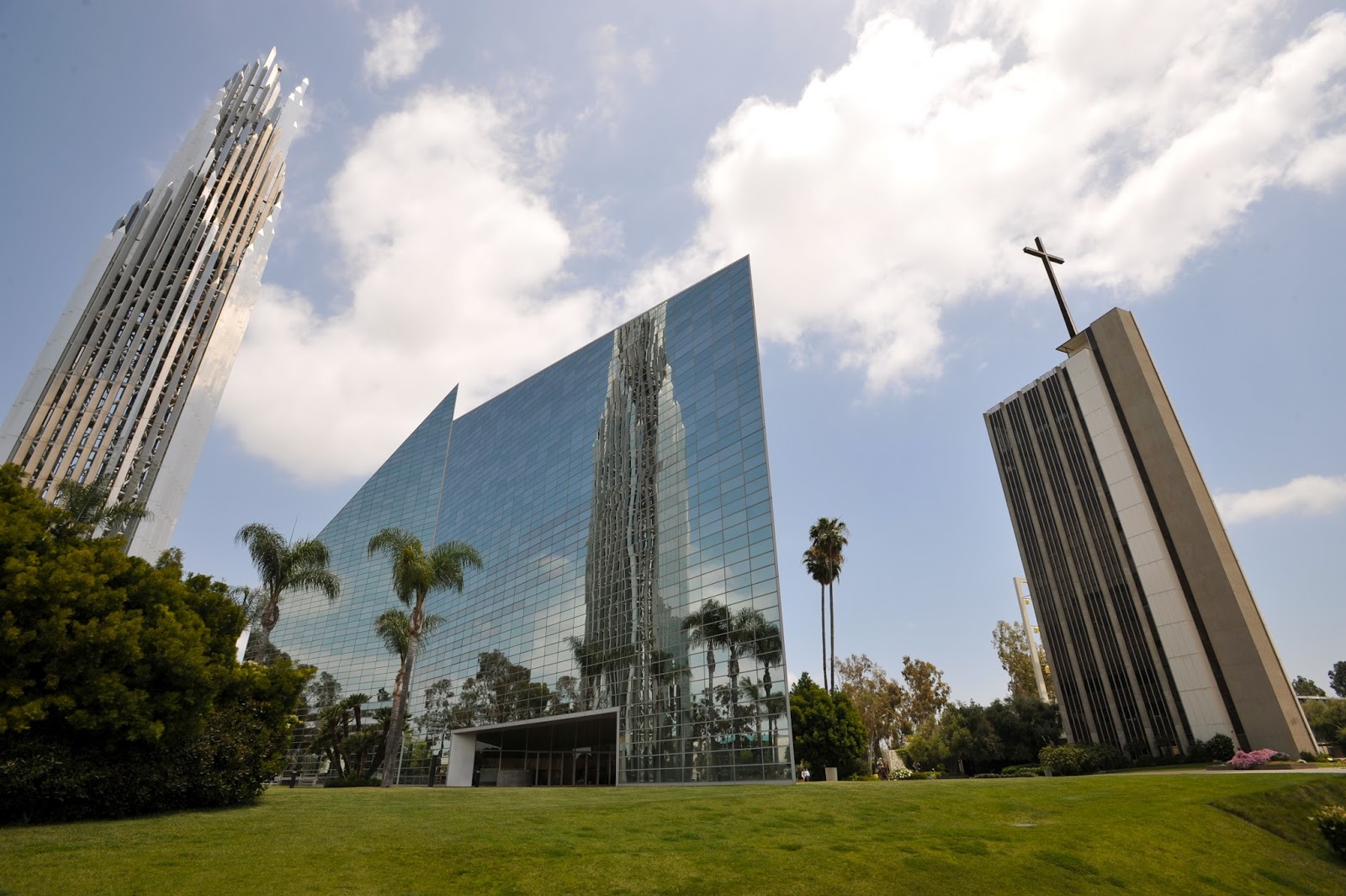 “As we transform the Christ Cathedral campus into a dynamic and inspirational center of Catholic worship and outreach, we are blessed to partner with EWTN to share our community’s energy and faithful witness with the world. EWTN’s partnership will profoundly benefit our Church, enabling us to share the love of Christ with millions across the world in multiple languages from the Cathedral campus, here in Orange County,” said the Most Rev. Kevin Vann, Bishop of Orange.
"EWTN is pleased to be able to collaborate with Bishop Vann and the Diocese of Orange on this important new project. The studio being developed there will be of great benefit to EWTN's programming efforts around the globe,” said Network CEO Michael P. Warsaw. “The location of the facility gives EWTN a presence in an area of the country where the Network will be able to execute programs that would be difficult to produce elsewhere, particularly for our Spanish-language channels.
“We are also pleased to develop this West Coast studio in advance of the historic renovation of the Christ Cathedral itself. We will be well positioned and prepared to share news of this closely watched transformation with our viewers,” said Warsaw.
As the world’s largest religious media network, EWTN transmits television programming 24 hours a day to more than 230 million homes in 140 countries and territories through cable, Direct Broadcast Satellite (DBS), broadcast TV and digital media platforms. EWTN airs family and religious programming from a Catholic point of view in multiple languages. The network offers inspiring talk shows, entertaining children's animation, exclusive teaching series, live coverage of Church events, and thought-provoking documentaries. Programming originating from the Christ Cathedral campus will be included within its broadcast content mix for global audiences.
###
About EWTN
EWTN Global Catholic Network, now in its 33rd year, transmits 11 separate television networks in multiple languages to over 230 million television households in more than 140 countries and territories. EWTN also distributes a global radio service that is available through satellite radio platforms such as SiriusXM and Sky, a network of terrestrial AM & FM stations, a worldwide short-wave radio station and digital outlets such as iHeart Radio. With its Internet and digital media platforms, including the www.ewtn.com website, electronic and print news services, and publishing arm, EWTN is the largest religious media network in the world. Earlier in 2014, the network launched EWTN News Nightly, the first global daily newscast from a Catholic perspective. EWTN also recently announced its acquisition of the Denver-based Catholic News Agency and the ACI Prensa Group headquartered in Lima, Peru. ACI Prensa is the largest Spanish-language Catholic news service in the world.
Posted by Connecticut Catholic Corner