EWTN to air "The Crusades" a new mini series

EWTN To Air ‘The Crusades’
A Timely & Important Mini-Series! 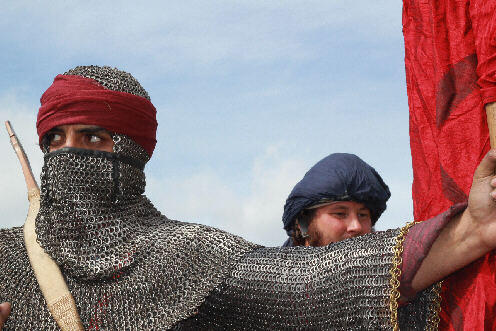 Irondale, AL – When EWTN decided to produce a new docu-drama on the Crusades two years ago, most Americans had never heard of ISIS; no journalists had been beheaded in Iraq; and no Christian women and girls in Nigeria had been abducted or enslaved. Yet the Lord, with His perfect timing, knew that a mini-series on “The Crusades” needed to be ready to air in October – and so it is. (The mini-series airs 10 p.m. ET from Wednesday, Oct. 8 through Saturday, Oct. 11.)

You’ve heard the tales, now learn the truth concerning the church’s role in the Crusades and its efforts to restore the Holy Land to a place of safety for Catholic pilgrims. This powerful four-part series, shot on location in seven countries, gives viewers a well-rounded understanding of an important historical event, which has repercussions in our own time.

Each episode features original dramatizations, an original musical soundtrack recorded in Europe, and three pre-eminent, world-renowned Crusader scholars, together for the first time! They include Professor Jonathan Phillips, Professor of Crusading History at the University of London; Professor Jonathan Riley-Smith of Cambridge University, widely regarded as Britain’s leading historian on the Crusades; and Professor Thomas F. Madden, chair of the Department of History at St. Louis University, a widely recognized expert not only on the Crusades, but on Christian-Muslim conflict.

Viewers will also enjoy the many locales in which the series was shot: Istanbul; Turkey; Israel, including Jerusalem; France, Austria, England, Spain and Slovakia.

The mini-series is preceded by what is sure to be a fascinating “EWTN Live,” featuring our own Middle Eastern Scholar Father Mitch Pacwa interviewing “The Crusades” Writer, Producer and Host Stefano Mazzeo and Professor Madden, author of “A Concise History of the Crusades,” and a number of other widely acclaimed books on this topic. (Airs 8 p.m. ET, Wednesday, Oct. 8.) 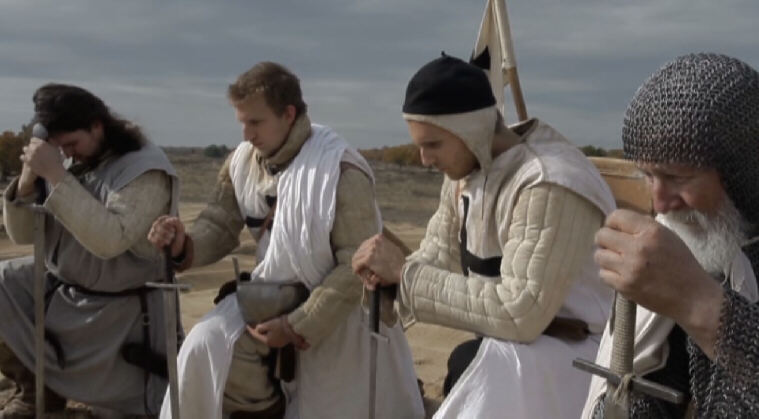 Here’s an overview of a fascinating – and timely – series:
If you are at all concerned about world affairs, you will not want to miss this important series. We suggest you mount a Crusade to get your family and friends to watch this important week of programming on EWTN!


EWTN Global Catholic Network, in its 33rd year, is available in over 230 million television households in more than 140 countries and territories. With its direct broadcast satellite television and radio services, AM & FM radio networks, worldwide short-wave radio station, Internet website www.ewtn.com, electronic and print news services, and publishing arm, EWTN is the largest religious media network in the world.