Do you know what's in your attic?

I live in an old house, over 100 years old.  While finding nothing more interesting in the walls and eves of the house than old Nazi coins and paper money from everywhere the previous owner (an army soldier) had been stationed in years past.

I grew up in an even older house, built in 1745.  Over the years, during renovations, we'd find all sorts of oddities. Walls full of corn cobs, glass bottles, horseshoes, newspapers and old tools.  The most unusual find was in the basement.  The house was held up by an enormous tree- bark still on it! Apparently they just chopped off the top of the tree and used it as a support for the center of the old house.

While finding assorted skeletal remains of past rodent pests, we never found anything like Mike Lopez in Florida. 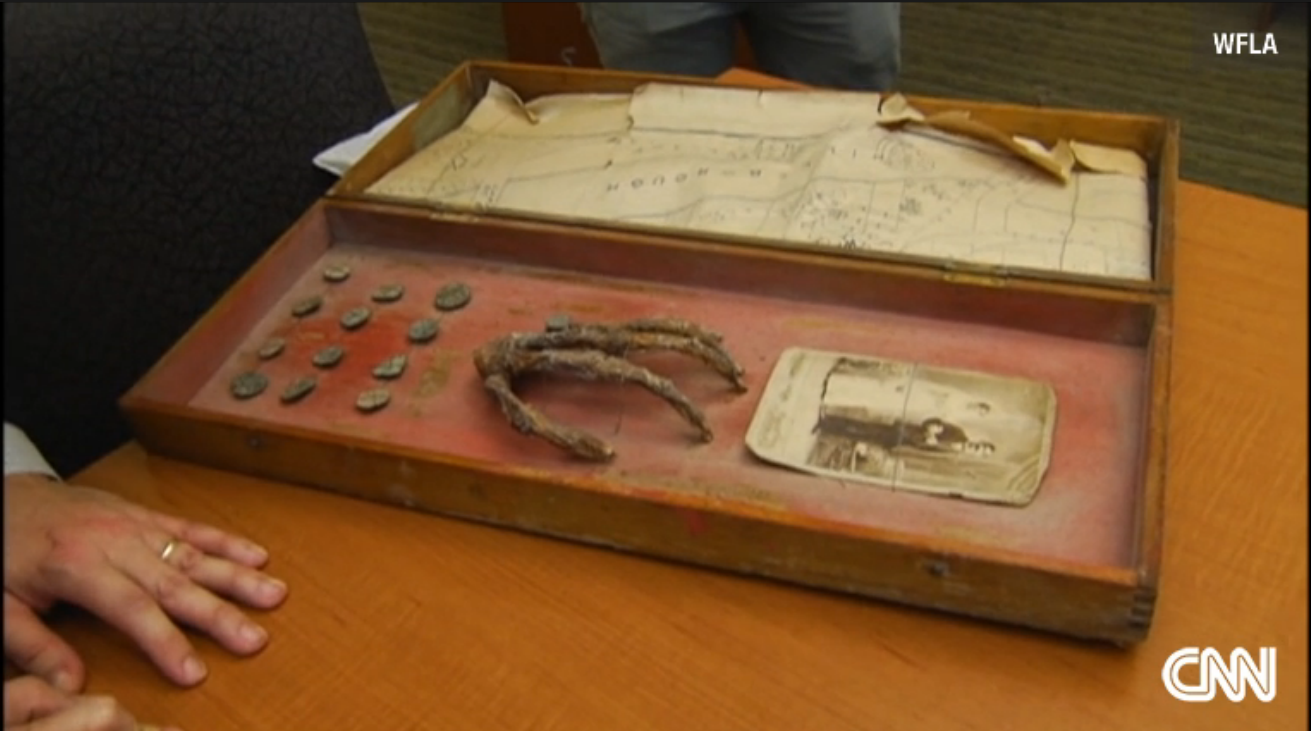 Mr. Lopez found a skeletal hand in a case with some sort of treasure map and some old coins!


In Christ (and afraid to look in my attic),