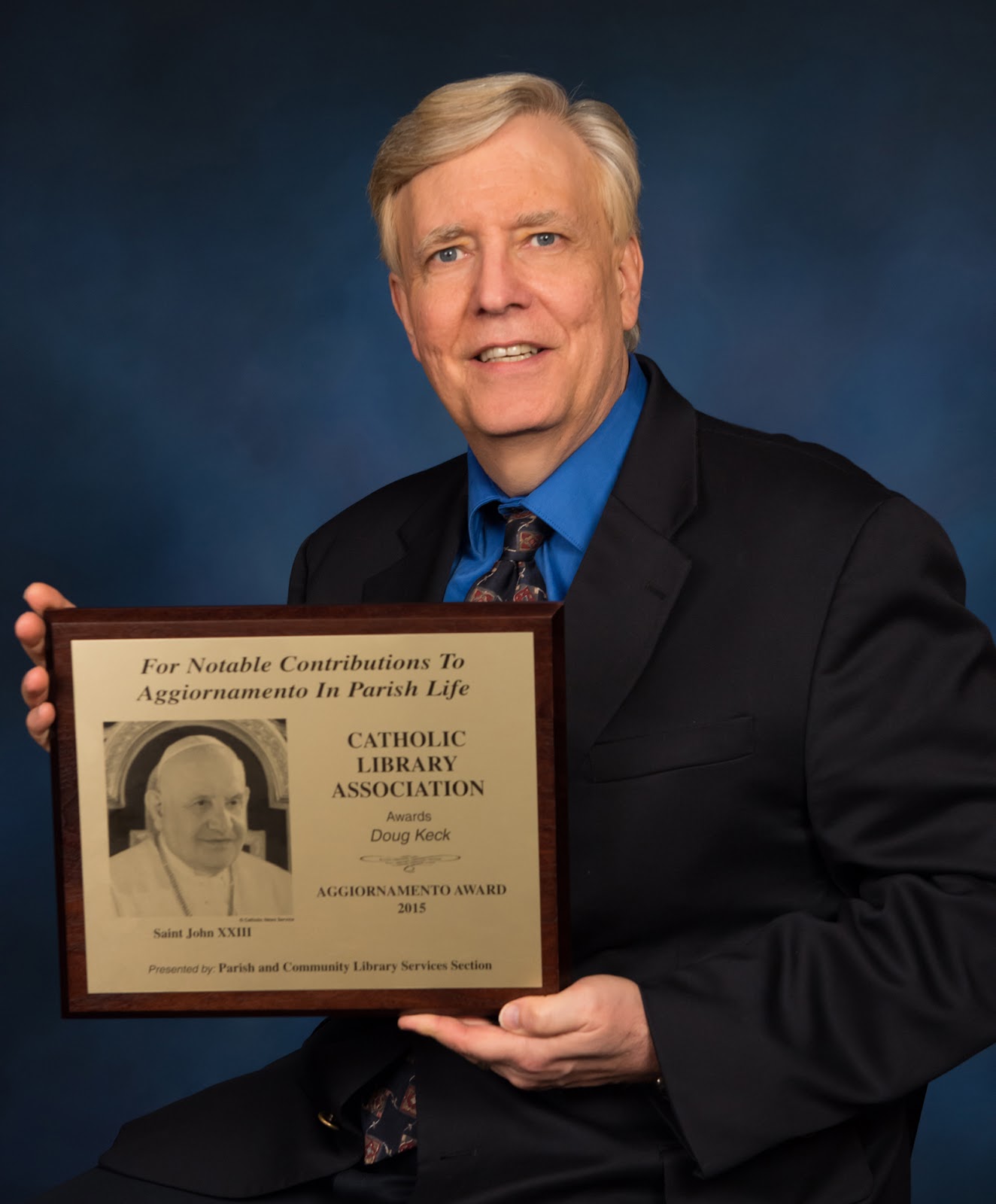 Keck hosts “EWTN Bookmark,” one of EWTN’s most popular and enduring programs. The show gives Catholic authors a worldwide platform on which to showcase their works and viewers have their faith strengthened by reading and sharing some of the world’s best Catholic books. Keck was the originator of “EWTN Bookmark” and has been the host since its inception in 1998.

“As an organization, we are grateful that your discussions with Catholic authors reach a large audience and assist in our work of providing religious materials for the public,” said CLA Interim Executive Director, Malachy R. McCarthy.

Keck was especially honored to receive this award because “EWTN Bookmark” is a show that is close to his heart.

“There are so many great Catholic authors who need the opportunity to get in front of a large audience, and so many people whose lives can be changed by the teachings they impart,” he said. “I am blessed, with the assistance of my long-time producer, Lee South, to be able to bring these books to the world’s attention and grateful to the CLA for its recognition of our efforts.”

EWTN Global Catholic Network, in its 34th year, is the largest religious media network in the world. EWTN’s 11 networks broadcast the Gospel message in multiple languages 24 hours a day, seven days a week to over 230 million television households in more than 140 countries and territories. Properties include direct broadcast satellite television and radio services; AM & FM radio networks transmitted through SIRIUS/XM, iHeart Radio, and 230 Catholic radio affiliates across the U.S.; a worldwide shortwave radio station; the largest Catholic website in the U.S.; electronic and print news services, including “The National Catholic Register” newspaper, and two global wire services; as well as a publishing arm.