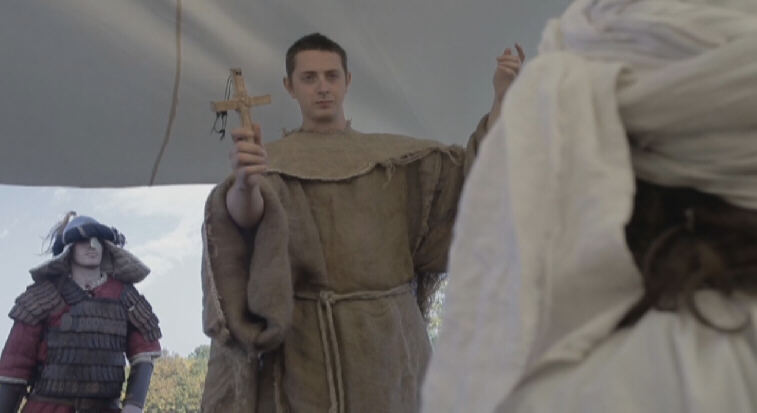 Irondale, AL (EWTN) – At the National Prayer Breakfast, President Barack Obama set off a firestorm of controversy when he said: “”[R]emember that during the Crusades and the Inquisition, people committed terrible deeds in the name of Christ.”
Is what the President said accurate? Find out the truth when the EWTN Global Catholic Network re-airs its blockbuster mini-series, “The Crusades.” (Airs 6:30 p.m. ET, Tuesday through Friday, Feb. 24 – 27 on EWTN.) This powerful four-part series, shot on location in seven countries, gives viewers a well-rounded understanding of an important historical event, which continues to have repercussions in our own time.
Each episode of this timely and important mini-series features original dramatizations, an original musical soundtrack recorded in Europe, and three pre-eminent, world-renowned Crusader scholars, together for the first time! They include Professor Jonathan Phillips, Professor of Crusading History at the University of London; Professor Jonathan Riley-Smith of Cambridge University, widely regarded as Britain’s leading historian on the Crusades; and Professor Thomas F. Madden, chair of the Department of History at St. Louis University, a widely recognized expert not only on the Crusades, but on Christian-Muslim conflict.
Viewers will also enjoy the many locales in which the series was shot: Istanbul; Turkey; Israel, including Jerusalem; France, Austria, England, Spain and Slovakia.
Here’s a series overview:
If you are at all concerned about world affairs, you will not want to miss this important series. We suggest you mount a Crusade to get your family and friends to watch this important week of programming on EWTN!
And stay tuned: EWTN is currently filming another documentary mini-series on the Inquisition!