It seems Michael Voris has stirred the hornets’ nest again with his latest episode of Mic’d Up in which he (in the 3rd segment) takes on the “Reactionary Catholic Media”.  Watch here:

I didn’t find anything wrong with what was said- nothing at all.  That said, I knew by naming names, Voris was going to get heat over it.  The response was swift, with Louie Verrecchio (Harvesting the Fruit of Vatican II) who was not named specifically responding the very next day believing he was an unnamed target of this Mic’d Up episode.  Others soon followed: here.  I received several emails about this episode of Mic’d Up and Louie Verrecchio’s response, so I followed the link and watched Verrecchio’s video response.


Tradwriter 25: Michael Voris almost gets the SSPX... from Louie Verrecchio on Vimeo.

I found nearly everything troublesome about this response, and quite frankly some of it I simply didn’t understand.  I did agree with Verrecchio’s response to Pope Francis’ meeting and calling protestant Tony Palmer a “brother bishop”.  Verrecchio calls this “irresponsible”, I would go further and say it was scandalous – I believe Pope Francis has on numerous occasions committed the sin of scandal.  We both agree it was dangerous and false and it places souls in jeopardy.  I completely agree.  Most of what Verrecchio says after that point I disagree with.

Following his Palmer comment, Verrecchio indicates that he and Voris differ in their worry over where Catholics may go IF they leave the Church.  Verrecchio says that Voris seems to be only worried Catholics are leaving the Church to join with the SSPX.  Verrecchio says he worries that people are leaving the Church to join Protestant communities where there is no priest or Eucharist.  He says, “Let’s be clear, the Blessed Sacrament at an SSPX Mass is without any question what so ever, the Body, Blood, Soul and Divinity of Christ.”

I stopped the video there for a moment.  What he said disturbed me greatly.

I know the Sacrament is the Real Eucharist, but how incredibly sad that Verrecchio seems to prefer a disobedient priest illicitly consecrate bread and wine to the Body, Blood, Soul and Divinity of our Lord against our Lord’s own Church authority.  What a terrible sin!  To abuse the priesthood by consecrating the Host against the authority of our Lord’s Bride…terrible.

I would be more frightened of offending my Lord by such a communion than to eat the mere bread at a protestant service “in remembrance” of the Last Supper.
Christ gave the authority to HIS Church to consecrate the bread and wine into His Body, Blood, Soul and Divinity- for a group of wayward (I don’t care if they are well intended) priests to disregard the authority Christ gave to His Church and work under their own authority… well they aren’t much different than the heretic Martin Luther in that regard are they?

I can’t help but wonder how did our Lord feel when Martin Luther was consecrating the bread and wine into the Body, Blood, Soul and Divinity of our Lord outside the authority of the Church?  I can’t believe He feels much different when the SSPX does it.  The Church is Christ’s Bride…how dare the SSPX disrespect Her authority and boldly disobey Her in such a disgraceful way!

The very first sin in the Bible is disobedience…we’ve learned nothing if we continue to disobey.

Verrecchio goes on to discuss whether or not the SSPX are in schism- as if he’s unsure. I believe they are (see links below).

At this point, Verrecchio decides to give an analogy on what (he thinks) “submission” means (I have an entirely different view of submission, it's called obedience)– in his attempt to show how Archbishop Lefebvre was not guilty of schism because he didn’t have to submit to the Church because he (Lefebvre) “was convinced souls were at stake”.

Hmmm…  I stopped the video again and I replayed this part several times.  The excuse (I’ll get to the bizarre analogy in a moment) is Lefebvre simply HAD to ordain bishops ASAP because souls were in danger of damnation (I guess) if he didn’t create these bishops at that moment- without the approval of Pope JPII.

Now, for the life of me I don’t understand that at all.

How was going against the Pope, to ordain bishops going to help save souls?  How does disobedience to authentic Church authority help a soul?  These men went from Catholic priests to illicit bishops- how is that helpful to anyone’s soul?

I admittedly don't understand this point of view at all, nor how Verrecchio thinks this some how excuses Lefebvre.  Perhaps Lefebvre didn’t believe the Church still had authentic authority from Jesus?  Did he believe Jesus took away that authority and gave it to someone else?  Ridiculous!  Verrecchio goes on to say we really shouldn't bother discussing Lefebvre any more because he's dead and Jesus has judged him.  I disagree, I think people could learn from the mistakes of the dead clergy in our Church history. 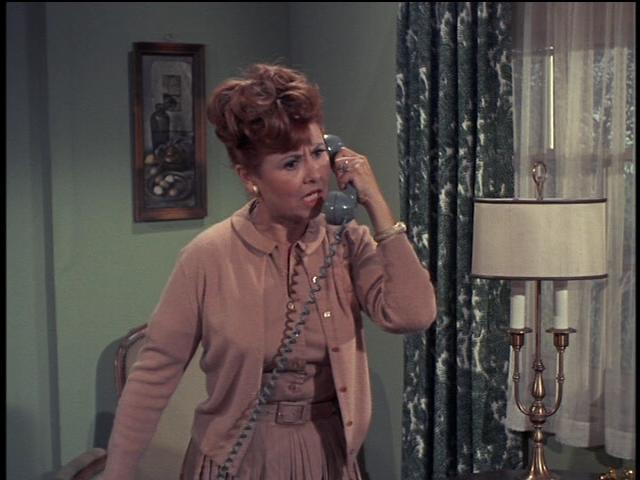 Now Verrechio’s analogy of two neighbors is (in my opinion) apples to oranges.  Verrecchio says imagine one neighbor who strictly forbids anyone from entering his property or house.
This neighbor has authority and he's using it to keep people out.  His neighbors “submit” to his authority because it’s his property and he has a right to dictate who can and can’t enter his property.  So one day, a neighbor (I’ll call Mrs. Kravitz for obvious reasons) thinks she sees smoke coming from her neighbor’s house and calls him at work to get permission to enter the property and investigate the smoke (guess 911 or the fire department aren’t options).  The guy tells her, no- stay out.  A bit later, Mrs. Kravitz thinks she hears children screaming in the house, so she calls him again at work and asks for permission to enter the property.  The guy again says “no-stay out”.  This time, know it all Mrs. Kravitz ignores the order to stay out and enters the property only to find the dog has gotten into the flour (smoke) and the TV was on(screaming children).  There was no fire, no danger, just overreacting and disobedience.

Now, there is so much wrong with this analogy I am not sure where to begin.  First, Verrecchio is assuming that BOTH neighbors are equal and one is asking for “submission” by not entering his property.  Well, I couldn’t help but think of the Garden of Eden.  “You are free to eat of any tree in the garden except this one.”  Submission is obedience.  Disobey and you fall to sin.

The ‘neighbors’ in Verrecchio’s analogy –Christ’s Holy Catholic Church and the SSPX- are NOT equal.  The neighbor who forbids entrance to his property had the authority, the other neighbor Mrs. Kravitz had ONLY the choice to “submit” to that authority or not.  She decided she knew better and would act on her own to save the day!  How very protestant-like this analogy was to me.

I see the SSPX exactly the same way.

We must obey authentic Church authority- not those who break away in disobedience because they refuse to submit to the authority of Christ’s Bride.