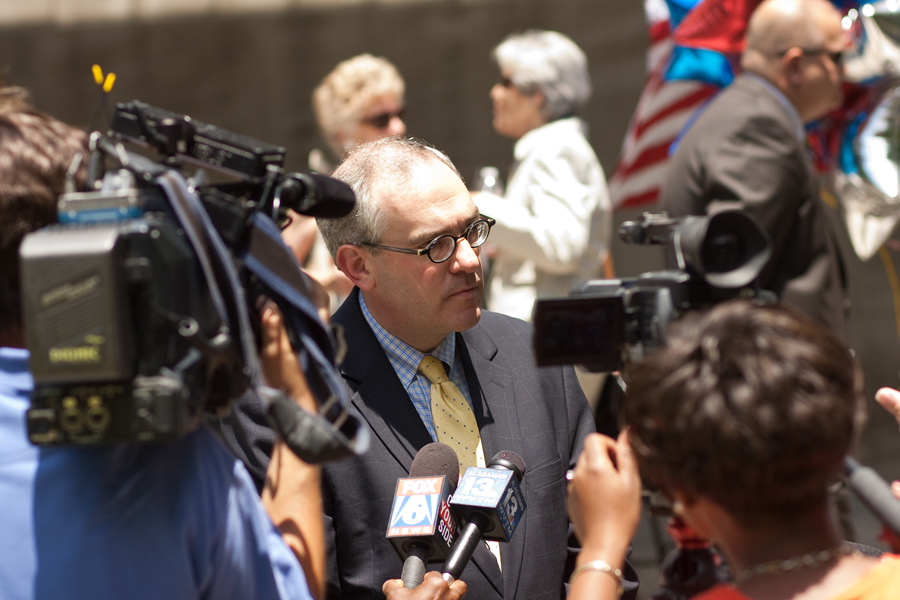 Irondale, AL (EWTN) – A three-judge panel of the 11th US Circuit Court of Appeals in Atlanta heard oral arguments today in the ongoing legal challenge brought by EWTN Global Catholic Network against the government’s contraceptive services mandate.  The mandate was issued by the US Department of Health and Human Services as part of the Affordable Care Act and requires employer-sponsored health care plans to provide full coverage for contraception, abortion inducing drugs and sterilization procedures or face massive government imposed fines for failing to do so.

EWTN Global Catholic Network originally filed a lawsuit against the mandate in 2012 arguing that the government’s order to provide services which it considers morally objectionable was unconstitutional.  That first lawsuit was dismissed on technical grounds in March 2013.  The Network filed a new suit in October 2013 and was joined as a co-plaintiff by the State of Alabama and its Attorney General Luther Strange.

In June 2014 US District Court Judge Callie Granade ruled against the Network and refused to provide EWTN with protection from the mandate while the case was appealed.  Hours after the US Supreme Court ruled on the mandate’s application to certain for-profit companies in the Hobby Lobby decision, the 11th US Circuit Court of Appeals granted a temporary injunction to EWTN on June 30, 2014. That injunction allowed EWTN to continue its court challenge of the mandate without incurring the penalties of more than $35,000 per day that would have begun on July 1, 2014.

“Three years after we first began our legal fight against the government’s unjust mandate, EWTN finally had its day in court,” said EWTN Chairman & Chief Executive Officer Michael P. Warsaw.   “I am grateful that the judges of the 11th US Circuit Court of Appeals heard our arguments against this mandate.”

“Despite the fact that there have been hundreds of lawsuits filed against this mandate and that it has lost nearly all of the cases that have been considered by the courts, the government continues to try to argue that it should be allowed to force organizations like EWTN to violate deeply held religious beliefs and to provide services which they find to be immoral,” continued Warsaw.

“Religious ministries have been winning these challenges overwhelmingly.  Most courts understand that the government can’t fine you for living out your faith,” said Lori Windham, Senior Counsel of the Becket Fund for Religious Liberty and lead attorney for EWTN.  “EWTN is asking for nothing more than the most basic religious freedom:  the freedom to practice what it preaches,” said Windham.

“After today’s hearing, I am more encouraged than ever that the courts will protect EWTN and other similar institutions by affirming our right to religious freedom,” noted Warsaw.