I am against the death penalty...

But not for the reasons I’ve seen given so far by the National Catholic Register or the Bishops.

“The practice is abhorrent and unnecessary. It is also insanely expensive, as court battles soak up resources better deployed in preventing crime in the first place and working toward restorative justice for those who commit less heinous crimes.”

I don’t think the “practice” of the death penalty is any more “abhorrent” today than it was in Biblical times when God ordered the punishment for certain crimes a person did to be stoned to death (Lev.20).  I do believe it is “unnecessary” as we have prisons and if need be are capable of building new prisons that would employ more people (a bonus for the unemployed!).

The Bishops are opposed because:

“... The use of the death penalty devalues human life and diminishes respect for human dignity. We bishops continue to say: We cannot teach killing is wrong by killing.”[Archbishop Wenski]


I 100% completely DISAGREE with this statement from Archbishop Thomas Wenski, of Miami because it directly opposes what God in Sacred Scriptures says about the death penalty.  If God can teach the difference between killing and murder (there is a difference) then those of us able minded enough should be able to understand the distinction God makes in Sacred Scripture.  Otherwise, Archbishop Wenski must believe God was ordering the Jews to sin when He told them to dole out the death penalty for certain crimes/sins (Lev.20).  Is that what the Archbishop believes?  I don’t. 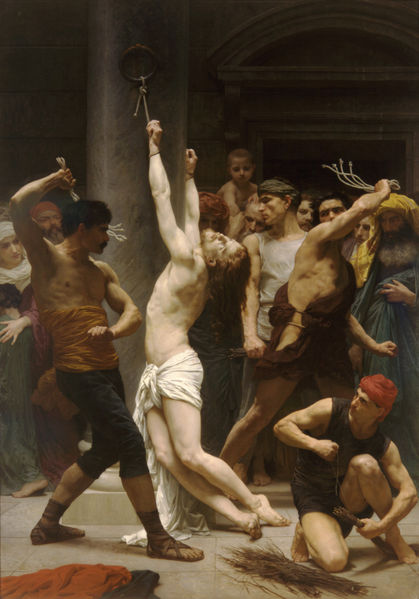 I have one reason and one reason only for being against the death penalty.

I believe Jesus loves us all and wants every soul- even heinous murderers to have every moment available in their natural lifetime to REPENT from what they have done, so their souls will not be lost for eternity in hell.

He died for ALL our sins, so we could repent of any and all sin and be saved.  There is no sin so great that we can't repent and be forgiven by our merciful Lord.

What would have happened to Moses had he been killed after he committed murder (Ex.2)?

11” One day, after Moses had grown up, he went out to his people and saw their forced labor. He saw an Egyptian beating a Hebrew, one of his kinsfolk. 12 He looked this way and that, and seeing no one he killed the Egyptian and hid him in the sand. 13 When he went out the next day, he saw two Hebrews fighting; and he said to the one who was in the wrong, “Why do you strike your fellow Hebrew?” 14 He answered, “Who made you a ruler and judge over us? Do you mean to kill me as you killed the Egyptian?” Then Moses was afraid and thought, “Surely the thing is known.” 15 When Pharaoh heard of it, he sought to kill Moses.But Moses fled from Pharaoh. He settled in the land of Midian, and sat down by a well.”

What about Saul/Paul persecuting early Christians and helping to bring them to death (Acts 8:1)?

Acts 8:1  "And Saul approved of their killing him [Stephen].  That day a severe persecution began against the church in Jerusalem, and all except the apostles were scattered throughout the countryside of Judea and Samaria. 2 Devout men buried Stephen and made loud lamentation over him.3 But Saul was ravaging the church by entering house after house; dragging off both men and women, he committed them to prison."

We’d never have seen what their repentance produced for God and for themselves!

Imagine no Moses and no Saint Paul.

I’m not suggesting that all the murderous criminals in prison with death sentences are going to turn out like Moses or Saint Paul, but they COULD save their souls if they had time to repent.  It might take a life sentence in prison for a person to finally feel remorse for what they’ve done and repent of that terrible crime/sin.


"[urge] all souls to trust in the unfathomable abyss of My mercy, because I want to save them all.  On the cross, the fountain of My mercy was opened wide by the lance for all souls - no one have I excluded!" (1182) --St. Faustina, Divine Mercy in my Soul

Because I believe with all my heart that Jesus truly does not want a SINGLE SOUL lost to Satan, I am against the death penalty.  I want every person to have a long natural life so that they have all the time necessary to repent before their natural death.  A lost soul is a heartache to our Lord.
The devil had the criminals in his hands during their life of heinous crimes and sins, nothing would infuriate the devil more than to have that person repent and turn to God for repentance finding salvation for eternity in God’s mercy.  The rejoicing in Heaven on that day!


Luke 15:10 “Just so, I tell you, there is joy in the presence of the angels of God over one sinner who repents.”

We should lock up dangerous criminals for life in prison, give them HARD LABOR and LONG HOURS in wretched weather doing it!   I don’t think the old ‘chain gangs’ were inhumane and I would support that over the death penalty any day.

Outside of all that, I trust that God will give these people a just punishment for their crimes either in purgatory if they repent or final judgment in hell if they don’t.  Knowing that some people may take years to first admit their crimes/sins and then more time to feel remorse and finally to truly repent before their natural death.  I want them to have that time- for the sake of their soul and for the love of God who must feel tremendous pain when a soul goes to hell.

I don’t want the devil to win any souls for hell, I want souls for Christ in Heaven for all eternity.

It’s that simple for me.

'That your enemies have been created is God's doing; that they hate you and wish to ruin you is their own doing. What should you say about them in your mind? "Lord be merciful to them, forgive them their sins, put the fear of God in them, change them!" You are loving in them not what they are, but what you would have them to become.' -St. Augustine