The intolerance of the self-proclaimed tolerant crowd 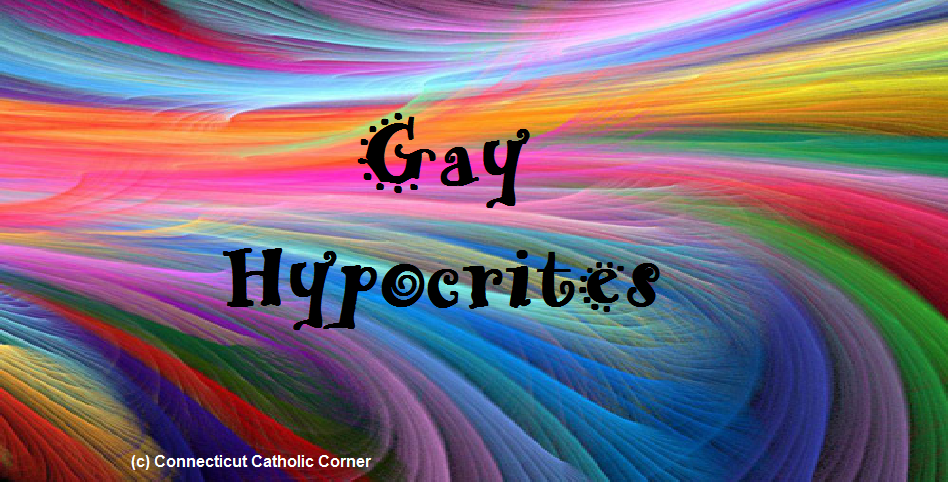 By now, everyone has heard and possibly seen on Twitter and/or Instagram the #boycottdolcegabbana or the #boycotteltonjohn debacle by the, oh-so-tolerant liberal gay rights crowd but if you haven’t, here’s a quick recap…[links to all sources used below]

Gay fashion designers and ex-lovers Dolce & Gabbana gave an interview recently that didn’t sit well with other gays like Sir Elton John because Gabbana dared to share his personal opinion that IVF is not how families should be created and that children should have both a mother and a father.

Oh the horror!!  A gay man who supports a man+woman=baby=family point of view!

Gabbana made it clear he opposed using “chemistry” to make “synthetic children” or to “rent a womb”.

Here is the [poor] Google translation of the article: 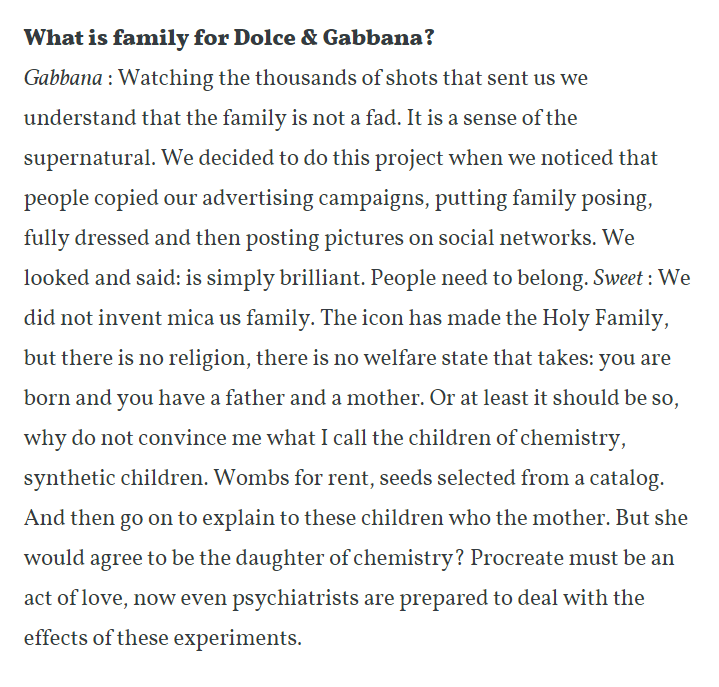 This was just too much for poor old Sir Elton John and his gay lover who have children they are raising together as a “family”.  So distraught was old Sir Elton that he got on social media sending up a war cry against the entire Dolce & Gabbana fashion franchise. 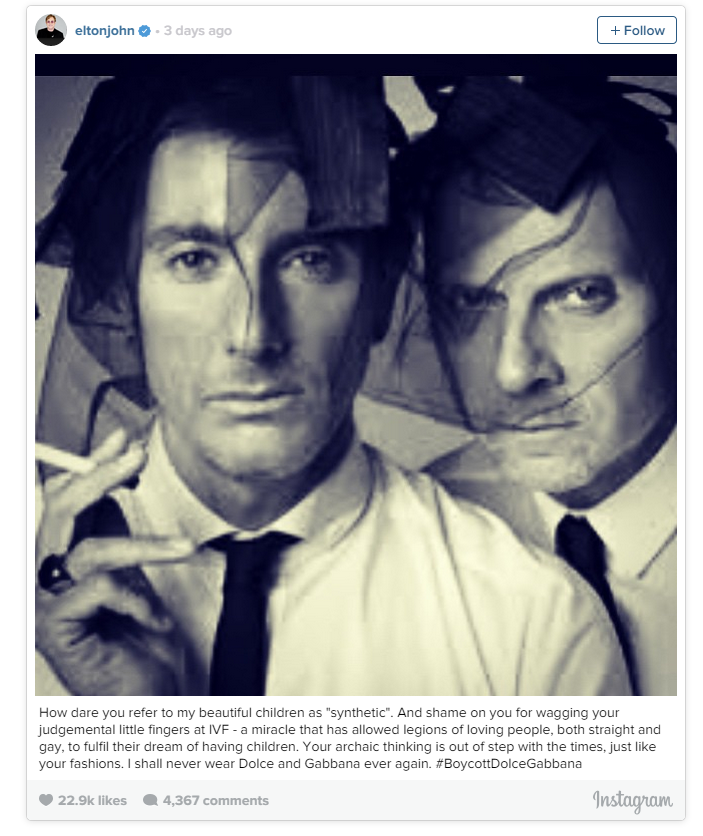 They must be stopped!!

They must be made to pay for having an opinion that differs from old Sir Elton!

After Sir Elton John blew his stack asking everyone to boycott Dolce & Gabbana products, others joined in because of course no one, absolutely no one is allowed to have a different opinion than the liberal left. 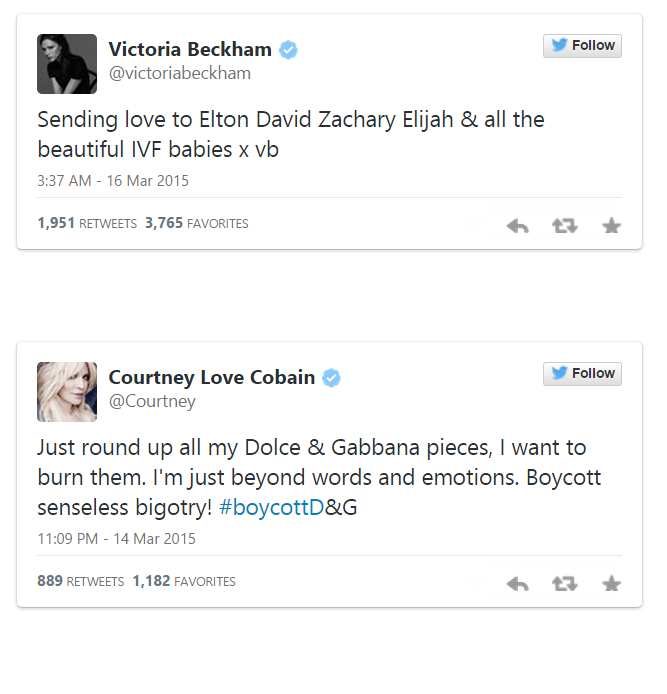 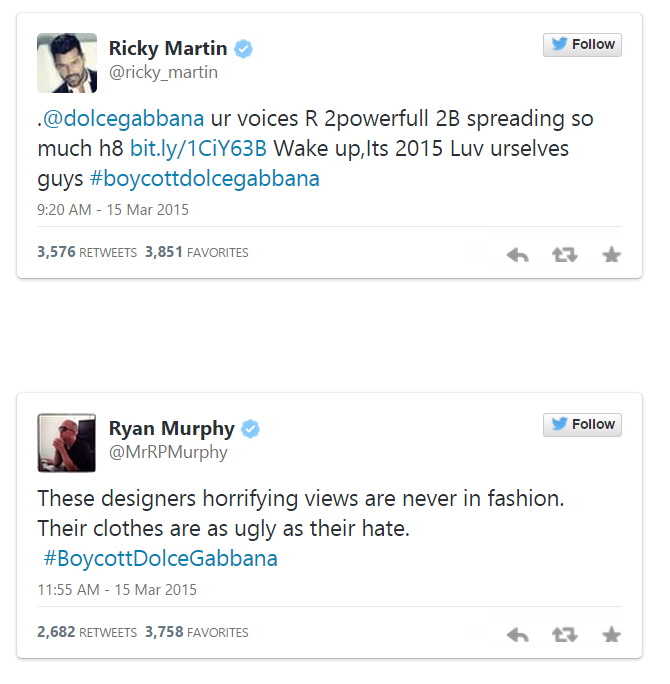 If you dare to have an individual thought or opinion that isn’t approved by the Left, you are boycotted instantly for such an infraction against progressivism.

Gabbana fires back at the hypocritical intolerance of Elton John and his groupies on Instragram... 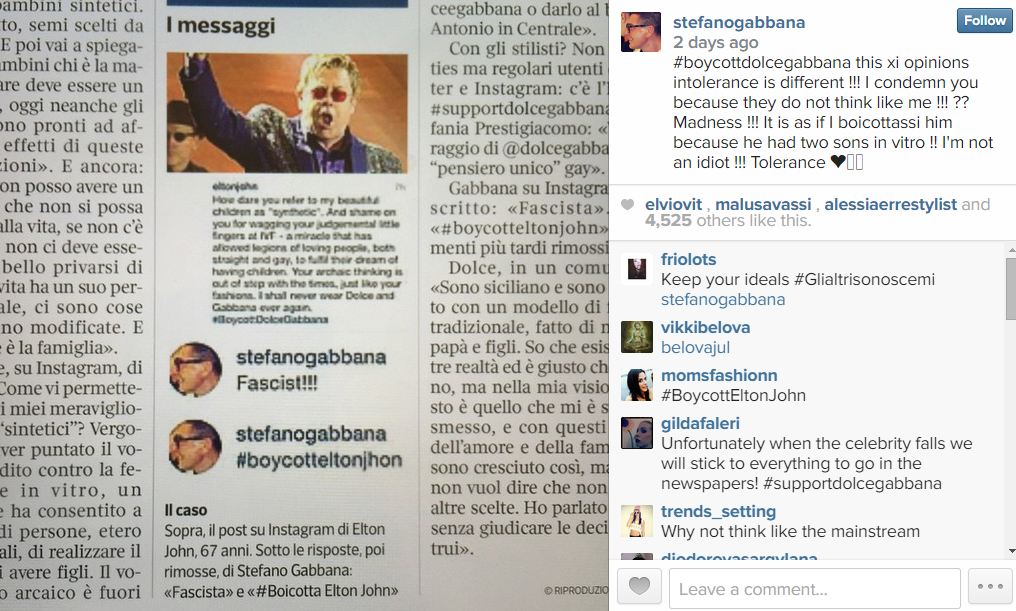 Sir Elton apparently was all talk and no action or he got Gabbana's message loud and clear, because just a few days later he was seen shopping carrying a Dolce & Gabbana bag! 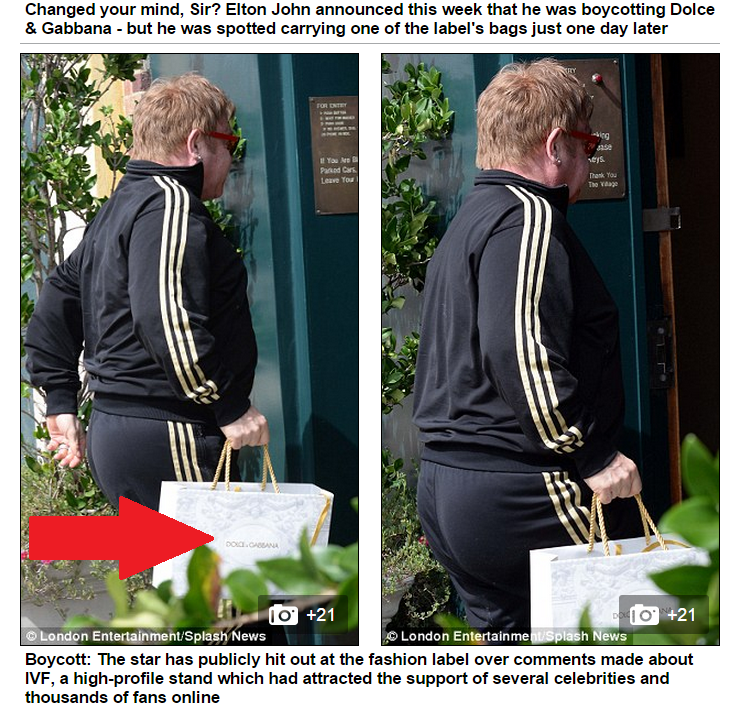 If you don’t tote the line with gay activists and liberals they are like a feeding frenzy turning even on their own.  Remember that the next time you hear one of them speak of “tolerance” or being “accepting” of other people for who they are or having their own opinions.

These people speak with forked tongues.