Laudato Si and the oblivious Catholics who love it


The world is spinning over Laudato Si.  Some are cheering and practically dancing in the streets over it.

From what I see on Twitter and in the blogosphere most Catholics and environmentalists are oozing with sheer joy over this encyclical.  They seem oblivious to what it is proposing to the entire world.

From the Anchoress's post entitled "Laudato Si: All of our sin, All of our hatred on trial": 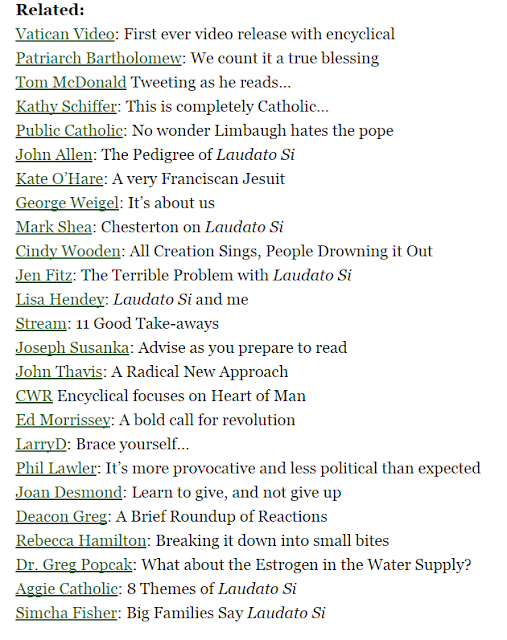 Some are not so thrilled and are asking “How binding is this on Catholics?”

In other words, “can we disregard it entirely?”

Over at the Remnant, columnist Chris Jackson has decided to “disregard”it and he’s written a fabulous and humorous (in my opinion) piece about why he is dismissing this encyclical and why he thinks others should as well. 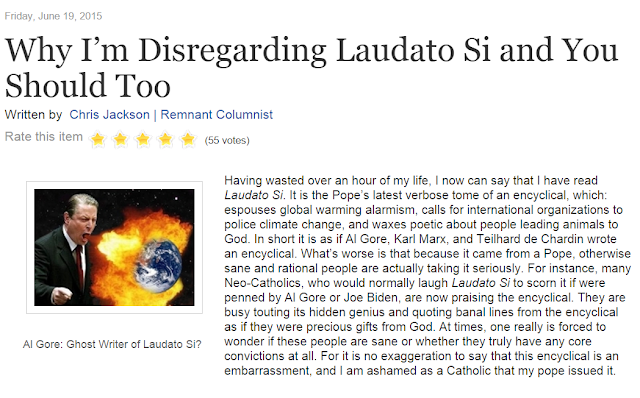 Personally, I don’t think it matters who decides to “disregard” this encyclical because the damage is done.

Disregarding it won’t change anything.

The people who accept it are the ones who are going to change things.  And now that the Pope has sent this out into the world, there is no taking it back.

As I said in my previous post HERE what troubles me the most is the pope pushing for a global One World Authority to police the entire world over the issue climate change.  I haven't seen anyone on Twitter or in the blogs (besides myself) mention this part of the encyclical (if others have PLEASE share a link, I'd love to read your thoughts). 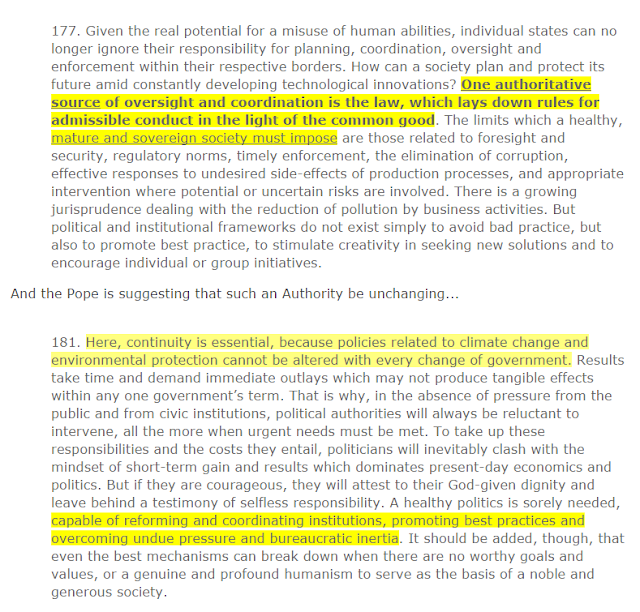 All the Catholics out there who think Laudato Si is wonderful and it makes you feel all warm and fuzzy inside, think for a moment what YOUR life would be like if the world embraced Pope Francis’ idea of a One World Authority.

How would you like such an authority killing your children?

Or perhaps this authority would resemble nations like Belgium and the Netherlands where euthanasia is legal and used to dispose of humans other people don't want?  If such a One World Authority decided people with illnesses and handicaps were depleting the world of a resource they could effectively kill human beings to save the “fragile planet” (Laudato Si #16) Pope Francis is so concerned with.

How would you like such an authority killing your loved ones or yourself because this authority decided the environment was more important than your life or the life of one of your loved ones?

Or how would it be if the United Nations became the One World Authority on the environment and they decided to enforce birth control on nations that had a higher population of poor people. 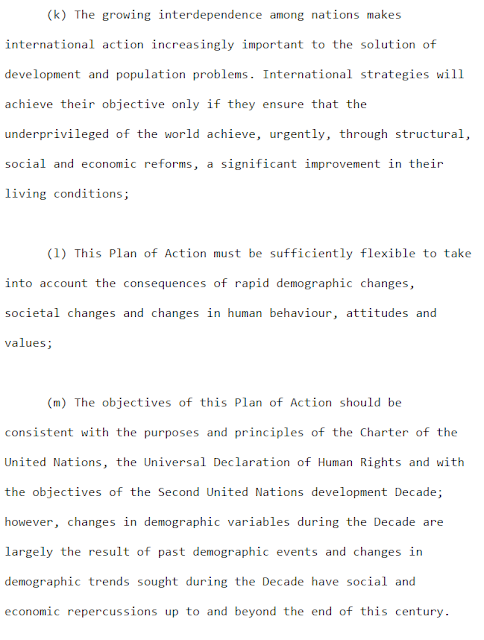 Think the United Nations wouldn't love to have the power to police the entire world and dictate their plan of population control?  Right now all they can do is make proposals and attempt to sway nations- if given the power to police, there would be no stopping them.

How would you and your family like to be forced against your religious beliefs to use birth control?  Forced sterilization procedures?  Still feeling warm and fuzzy about the Pope’s suggestions to the world?

Ok, how would it be if the One World Authority were one single individual like…Margaret Sanger who decided black people and people in poverty were not worthy to take up space on our earth?

If you or one of your loved ones fell into one of those categories how would you deal with it?  Still warm and fuzzy over this encyclical?

Does ANYONE honestly think a moral, trustworthy person or institution will police the world?

Population control supporters have been working at gaining such a power for decades and Pope Francis has just handed it to them on a silver platter called Laudato Si with oblivious Catholic’s smiling and bobbing their air filled heads at it with no thought at all to what such power in the wrong hands would do to people.

Think people!  Open your eyes to what is going on in the world!

I know everyone is sick to death of the term “slippery slope” but remember how that works when you have corrupt radicals as a majority deciding laws (abortion, gay marriage, euthanasia, embryonic stem cell research, cloning etc).  You can’t possibly believe a One World Authority policing the entire globe is a good thing.

I can’t believe anyone is that dumb.