Many years ago, I worked part time in a store owned by a high school classmate of mine.  Each week, a bearded man would walk in dressed like June Cleaver from Leave it to Beaver.  He wore vintage women’s clothing with color matching pumps, a small pill hat, white gloves, pearl necklace and carried a small purse that coordinated with the color he was wearing.  He looked and was ridiculous.

Everyone had to pretend this wasn’t unusual for a man to do- especially a full bearded man who didn’t look feminine in the least.

He was a man, dressed head to toe in women’s clothes.   An abomination according to God in Sacred Scripture.

Deuteronomy 22:5 (Revised Standard Version Catholic Edition - RSVCE)5 “A woman shall not wear anything that pertains to a man, nor shall a man put on a woman’s garment; for whoever does these things is an abomination to the Lord your God.

For the past several months the media has been reporting that one time Olympic athlete Bruce Jenner was/is/had been “transitioning into a woman”.  Jenner announced that he will "be a woman soon". 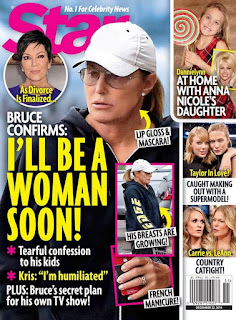 Bruce Jenner will no more be a woman than I will “transition” into an elm tree.

Jenner’s DNA will always remain MALE.  He can pretend its Halloween and play dress up for the rest of his life and all he will accomplish is being a mutilated abomination.

It’s a free country, if HE wants to be an abomination that’s his right in this country, but it is also the right of Christians –and others- NOT to play along and suddenly be forced to refer to Bruce as female.

That happened to child actor Drake Bell, best known for his role on Nickelodeon’s “Drake and Josh” when the “Call me Caitlyn” Bruce Jenner story broke. 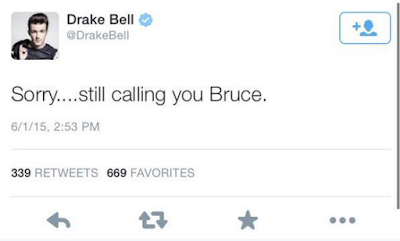 After that tweet on Twitter, Bell was viciously attacked and forced to remove the tweet because he dared to voice his dissenting opinion on a man pretending to be a woman. 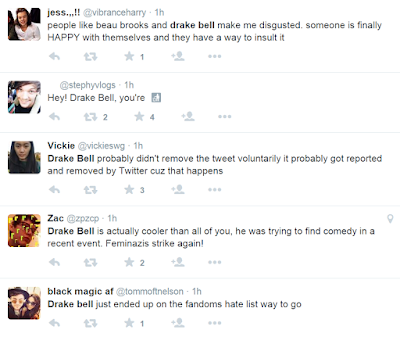 Bruce is not female, HE is male and HIS DNA will always be male no matter how many operations he undergoes or how much hormones he takes.  Bruce Jenner was born a man and will die a man.

2 Timothy 4:3-4 (Revised Standard Version Catholic Edition - RSVCE)3 “For the time is coming when people will not endure sound teaching, but having itching ears they will accumulate for themselves teachers to suit their own likings, 4 and will turn away from listening to the truth and wander into myths.”

The devil has accomplished a great deal on this earth.