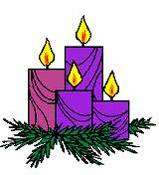 Want To Prepare For Advent? Help The Endangered Among Us Live Through It!

So there I was, listening to my pastor giving his Homily in mass this morning, and at the same time, God was also giving the same Homily.

I’ll let you digest that one for a minute.

No, really, it’s OK. As those who well know me would zealously attest, I may be crazy, but I’m not nuts. And trust me, if my opening statement made sense to you, your not nuts, either.

Our pastor, hardly the shrinking violet type, who is much more concerned with saving souls than feelings (Picture a slightly older but similarly zesty Father Corapi of EWTN!), gave yet another unabashed but quite necessary sermon on protecting the sanctity of life, and once again, didn’t even try to mince words on the topics of abortion and euthanasia, sadly rare topics in many other parishes for reasons of sheer cowardice and political correctness, but not mine. (I love this guy!)

Father mentioned how Pope Benedict, in his opening Advent Mass in the Vatican, spoke of preparing for the celebration of Christ’s coming by praying for the unborn, many of whom worldwide will be savagely slaughtered by Christmas, and most ironically, as Father Corapi has often said, in what should be the safest place on earth, the womb.

As the priest spoke about protecting the sanctity of human life, he also mentioned how far we have regressed, as women now, upon being confirmed that they are pregnant, are typically and callously next asked by their doctors if they wish to keep or terminate their growing, nurturing baby inside them. At about this time, I noticed a woman sitting about a half dozen or so pews ahead of me, holding a rambunctious toddler, a handsome young tyke, with a perfectly round face, blond hair and big, sparkling blue eyes. This little guy, as if he thought himself to be a visual aid, suddenly sprang completely straight upright, standing on Mom’s legs, and looking backward over her shoulder to all those behind him and broke out a huge smile from ear to ear! The timing could not have been any more perfect!

Now does anyone really believe that precious event, and at that precise time, was just coincidence?
Mother Teresa blamed the increase in evil in the world on abortion. I don’t think she was too far off the mark there. As we try to cleanse our own lives in this joyous season of celebration, how can we condone the slaughter of the most innocent and defenseless among us when the crux of this entire festive season is the birth of a baby, the baby who would become our savior? And yet we condone the killing of other babies in His likeness?

To clarify my usage of the word “condone,” Edmund Burke sagely noted that all that is necessary for evil to flourish is for good men to do nothing. And in our own faith, a great number of Catholics agree with abortion and euthanasia, and some even actively support these ghastly endeavors. And still others, who do oppose these atrocities, say or do nothing about it. Same evil, different tactic.

And thus, the flames of this insidious evil threat to life continues to flourish, perpetually fed and fanned by the energizing fuel of apathy, if not collaboration.

Who is then left to annoy others “convenience” when we are finally rid of all our “inconvenient” young and old? (As someone of middle age, that very thought gives a chill up my spine!) To paraphrase Martin Niemoller, a Lutheran Minister imprisoned under Hitler’s regime, he failed to speak when they came for the Jews, the Austrians, the Poles, etc.., and finally when they came for him, no one was left to speak.

Too many times I hear the excuse (not reason) of compassion tossed about. God gave us our lives and only He can take them back. We belong to Him. Would any of us so tolerate the theft and abuse of any cherished possession that belonged to us by someone else?

There are also, difficult as it may seem to fathom, sound theological principles that uphold suffering, but that topic is an article unto itself. Suffice to say for now that our superior and loving God’s will is better informed and ultimately far more benevolent in the end than ours. We, the created, created, contrary to our arrogance, do not know more than our Creator. God also allows evil (as Father mentioned in His Homily today, such as the horrific torture and death of God’s Son), so that a greater good can come of it. Abortion and euthanasia are evil, period, and that is just absolute truth, as taught by the Church. To paraphrase the late and great Archbishop Fulton Sheen, absolute truth is still absolute truth, despite how many or how few people believe it. God, having allowed these evils to exist, also demonstrates His love by giving us free choice. We can work to stop those evils, and thus achieve a greater good, or sit back (and maybe even join in) and allow those evils to continue and even thrive.

I am nauseated by pro-abortion politicians and candidates continually trying to slither off the hook by saying that while they favor abortion (Wink, wink, NARAL, keep those political contributions flowing!), they wish to keep abortion “safe and rare.” yet they do little if anything to ever keep it safe or rare. Likewise, I have so often had this same ridiculous argument with others who claim that they favor abortion and euthanasia because of the horrific conditions that they so often see foisted among children and the elderly in our society today. True enough, but if they are so concerned, what if anything, do they typically do to help stop those atrocities from occurring to children and the elderly that in their minds so necessitates abortion and euthanasia to continue? NOTHING! Isn’t this mindset somewhat akin to using a sledge hammer to kill a mosquito on your friend’s forehead?

Another favorite Father Corapi gem of mine (which I heard again just last night) was that he encourages people to pray the Rosary daily, and often hears people reply that they pray in their own way, yet in his experience, these same people pray seldom, if ever at all. Once again, more excuses, no action. If our eroding culture is our so-called excuse for allowing abortions and euthanasia to continue, then by that “logic,” why don’t we all just starve ourselves to death to eliminate the tragedy and potential of obesity? As a baseball announcer might say, “Swing and a miss!”

Some of you can take an active part in saving the innocent and defenseless around us, but you have more excuses than pharmaceutical companies have pills. Stop making excuses and do something about it! Some of you, for any number of truly legitimate reasons cannot. OK, fine. Pray. Better yet, pray the Rosary. Who better to pray to for life than our Blessed Mother, who gave birth to our Savior so that all could live eternally? And if you think you are too busy, you are not. As Father Corapi has said, the Pope recites the Rosary four or five times a day. Do you have any idea what his daily schedule is like? Are you really busier than the Pope? Furthermore, the Blessed Mother at Fatima told us to pray the Rosary daily, for others, and for that matter, ourselves, too. As we know from John: 19, 26, 27, Jesus, while dying on the cross, gave us to Mary as her children, and Mary to us as our mother, also. So listen to your Mother!

Like St. Paul, in 2 Corinthians, 12, 10, when we are weak, we are strong. St. Therese of Lisieux (“The Little Flower”) is known for her prayers for, and kindness to others, despite her suffering and infirmity.
Does prayer seem ineffective to you? How’s your faith?

“…For truly, I say to you, if you have faith as a grain of mustard seed, you will say to this mountain, ‘Move from here to there,’ and it will move; and nothing will be impossible to you.”
(Matthew: 17, 20.)

As we know from Jesus in Matthew : 19, 26, all things are possible with God. We only need to pray, and with faith. And pray lovingly, not just for the rescue of those endangered, but for the repentance of, and mercy upon all those who intentionally and unintentionally, actively and passively, endanger them. And while thus praying, keep this scenario in your mind:

“The wolf shall dwell with the lamb, and the leopard shall lie down with the kid, and the calf and the lion and the fatling together, and a little child shall lead them. The cow and the bear shall feed; their young shall lie down together; and the lion shall eat straw like the ox. The suckling child shall play over the hole of the asp, and the weaned child shall put his hand on the adder’s den. They shall not hurt or destroy in all my holy mountain; for the earth shall be full of the knowledge of the LORD as the waters cover the sea.”
(Isaiah: 11, 6-10.)

As Sam Cooke sang, “What a wonderful world this would be.”

As the saying goes, “The more, the merrier.” Let us then have a fruitful Advent by saving the endangered among us, and thus, a very merry Christmas. God bless.

“And an angel of the Lord appeared to them, and the glory of the Lord shone around them, and they were filled with fear. And the angel said to them, ‘Be not afraid; for behold, I bring you good news of a great joy which will come to all people; for to you is born this day in the city of David a Savior, who is Christ the Lord. And this will be a sign to you; you will find a babe wrapped in swaddling clothes and lying in a manger.”
(Luke: 2, 9-13.)