Today in my email box I received an email with a link to a Youtube video entitled "The Novus Ordo is not catholic"<--click the link to watch the video - the first few minutes is the narrator talking, after that it turns into videos of masses from around the world.

While I disagree with the title of the video, I figured I had a pretty good idea what the two and a half hour video would feature... mass abuse.

I was right- but I was NOT prepared for what I saw.  These images can only begin to relay what is going on...the music...the words said... its a horror show.

This needs to STOP! 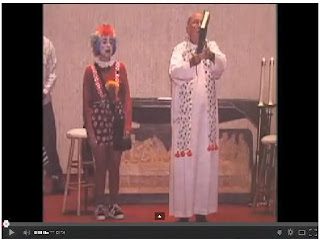 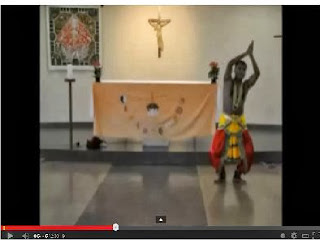 The Hostage Mass (yes a woman is bound and gagged) 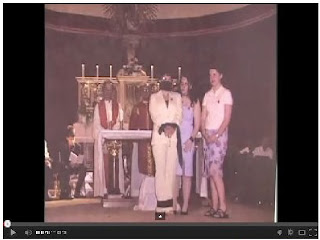 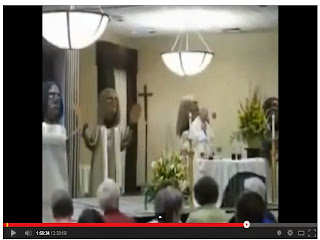 The Circus Mass
This "procession" [next few images] is done to the Big Top Circus theme music
while a spinning carousal whips it's 3 riders around in circles.
The girl at the top is holding the Book of the Gospels. 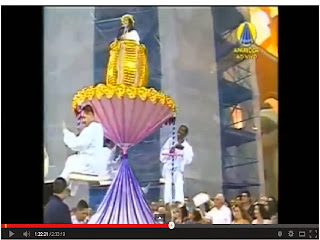 See the swirling carousal riders wave to the laity 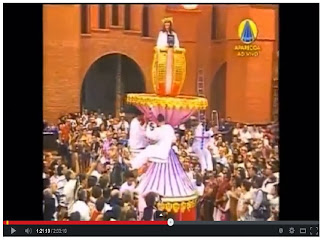 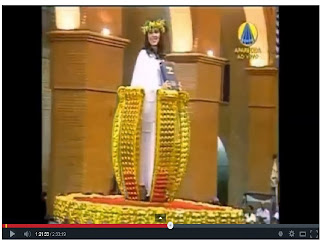 The Consecrated Red Guitar Mass
(Yes, that is a red electric guitar AND race flag on the altar during the Consecration) 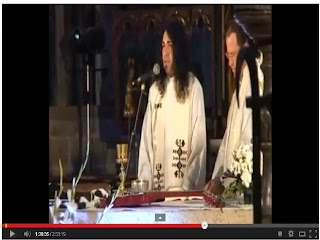 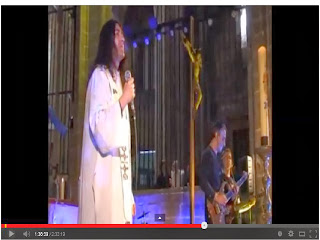 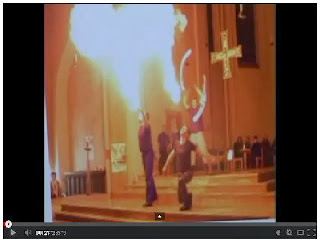 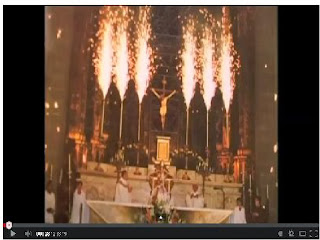 The Hare Krishna Mass
(a Catholic Parish in Florida) 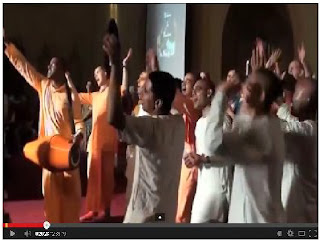 The Dancing With the Stars Mass 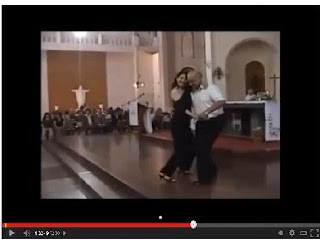 The Shot Glass Jesus Mass
(yes, they are drinking the Blood of Christ from shot glasses) 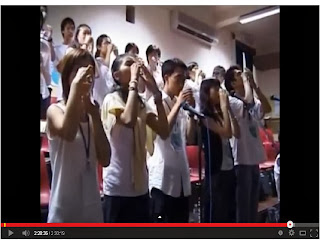 These are only a FEW of the abuses shown in the video, there are bouncing balloon priests, what I think is someone dressed as a giant piece of toast processing to the altar, lots of dancing and twirling, a man dancing and flinging incense in the air, a woman re-writing a reading to suit her liberal feminist 'you're not gonna hold us women down!' speech and several consecrated hosts that look like GIANT pancakes being ripped to shreds then fed to the people.

After watching with disgust the entire two and half hours of one mass abuse after another the only thing I could think about was Jesus clearing out the Temple with a whip.

Had *I* been at ANY of these "masses" I think I would have done my own Jesus impression of clearing out the Temple- only I wouldn't have been as easy on them as Jesus was.

This sickens me.  The ignorance not only of the laity- but the CLERGY!  There is no excuse and while many will not like hearing me say this, I am saying it anyway.  I believe there will be a special place in Hell for the clergy who mock our Lord in this way and take the holiness of the Mass away from the faithful.  How could you?  Do you not KNOW who you disrespect?  I pray for your rotten souls, because they truly must be rotten to treat my Lord so shabbily when he's been tortured, beaten and died for YOU.  This is how you repay Him? You should be on your knees begging His forgiveness for what you've done and those you've led astray! SHAME ON YOU!

May God have mercy on them.

One last thing...in Pope Francis Exhortation, he mentioned getting rid of some "customs" [#43] - can we hope that the "customs" seen here will be the first to go?


43. “In her ongoing discernment, the Church can also come to see that certain customs not directly connected to the heart of the Gospel, even some which have deep historical roots, are no longer properly understood and appreciated. Some of these customs may be beautiful, but they no longer serve as means of communicating the Gospel. We should not be afraid to re-examine them. At the same time, the Church has rules or precepts which may have been quite effective in their time, but no longer have the same usefulness for directing and shaping people’s lives. Saint Thomas Aquinas pointed out that the precepts which Christ and the apostles gave to the people of God “are very few”.[47] Citing Saint Augustine, he noted that the precepts subsequently enjoined by the Church should be insisted upon with moderation “so as not to burden the lives of the faithful” and make our religion a form of servitude, whereas “God’s mercy has willed that we should be free”.[48] This warning, issued many centuries ago, is most timely today. It ought to be one of the criteria to be taken into account in considering a the reform of the Church and her preaching which would enable it to reach everyone.”