Has Michael Voris finally had it with Pope Francis? 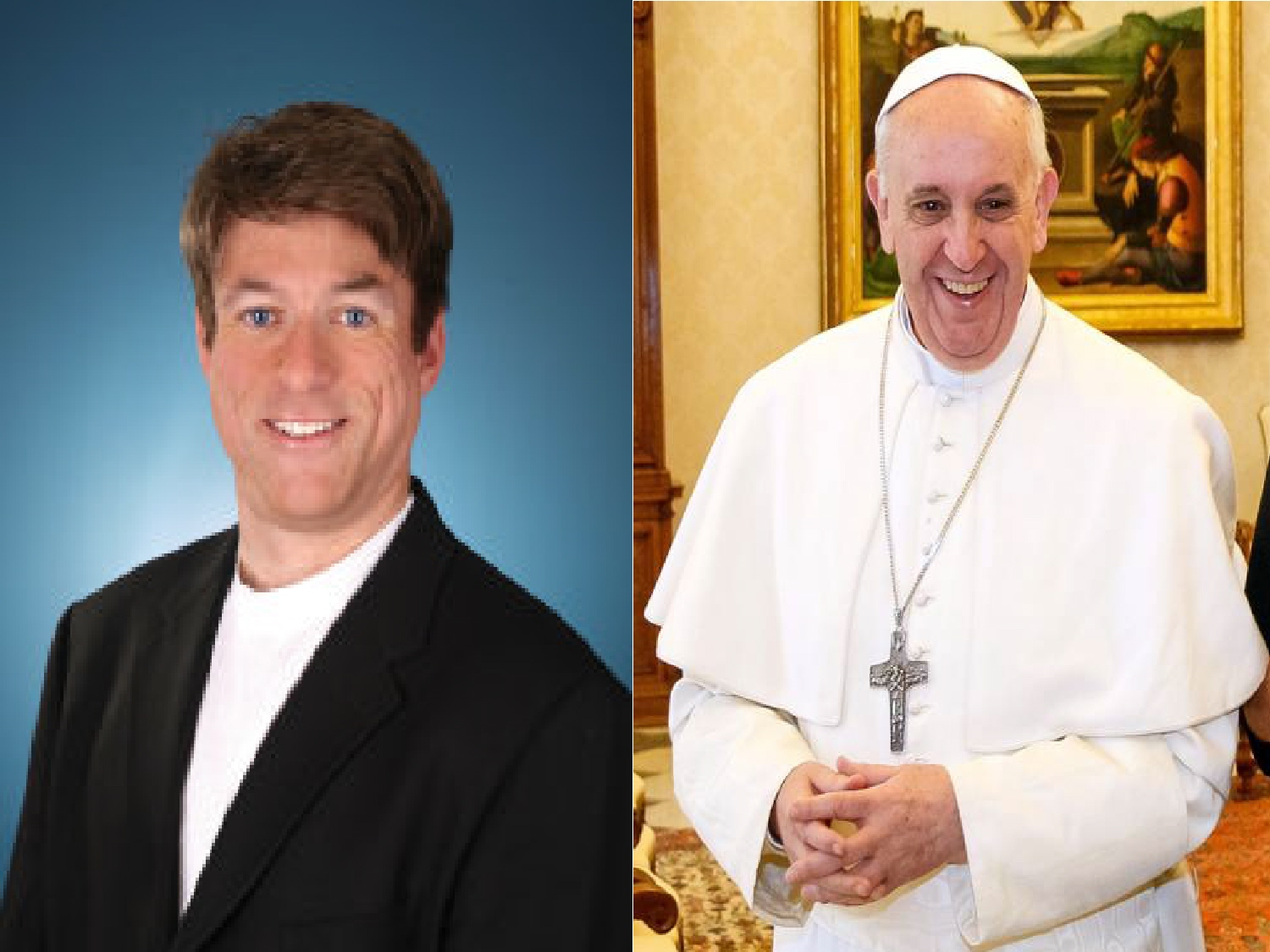 Several Catholic media outlets and bloggers are wondering if Michael Voris is finally ready to admit we have a problem and its name is Pope Francis.

Over at “Harvesting the Fruit of Vatican II” and “Mundabor’s Blog” the topic of Voris "finally seeing the light" is being discussed after a recent breaking news video from Voris in Rome.

From listening to Voris for years (Vortex+teaching videos) I personally believe Voris was as unhappy with Pope Francis as the rest of us from at least Holy Week [Voris has been VERY outspoken against women feet washing etc].  I’ve never spoken to Voris personally, so this is just my personal opinion from what I know of him through the Internet.
What people have to know is that deciding to NOT publicly call out a pope is NOT the same as supporting all a pope says or does.  The message (months back) posted on Church Militant's website was clear.  Voris would not publicly rip apart the Pope, as he does with other Catholic clergy.  That was HIS line in the sand.  People need to respect him for that.

How much HARDER it must be for him to keep his mouth shut if he feels as so many do about Pope Francis?

I wouldn't put myself in that position of suffering (and believe me it WOULD be suffering for ME to keep my mouth shut!), but Michael did and I believe it was because he didn't want to cause panic among the faithful.  [Previous post I wrote on this HERE]

If HE, Michael Voris, caused wide spread panic through his Church Militant TV apostolate and he ended up being wrong, that would fall on him and he knows it.  Voris is not an idiot.  He is concerned not only with his own soul but the souls of others. He knows he has the ears of thousands of people through the Internet and  he decided to use caution and drew a line in the sand for himself.  I respect that.  I have no such patience or self control when it comes to the Pope [or anyone else inside the Church] and for that *I* may well spend a very long, long time in purgatory.

Voris has thus far shown MORE concern for the Catholic faithful that a great many of our own Bishops have and certainly many Catholic bloggers- myself included.

I don't believe Voris is happy with much of anything coming from the Vatican these days - how could ANY devout practicing Catholic be?  And perhaps one day Pope Francis will go 'too far' and Voris will call him out on it.  If that day comes, it will be over a MAJOR INDISPUTABLE BLASPHEMY done -which we might all see in 2017 with the "celebration" of heretic Martin Luther and how the Pope (be it Francis or another) participates in that blasphemy.  I don't think even Voris would hold back in such a situation.  Time will tell.

Voris' videos this week clearly show he is exhausted, not just physically but I believe exhausted in the way a soldier is after years of combat – weary, but in no way finished fighting the battle.


I hope his “Retreat at Sea” revitalizes him because the Catholic faithful need more Michael Voris’s – especially in times like these.