Twitter and Gov. Dan Malloy try to silence me

Today I was on Twitter and commented on the Supreme Court's ruling in support of gay marriage and a tweet from Connecticut Gov. Dan Malloy's account showing the gay "pride" (pride in sodomy I guess) flag at the governor's residence here in my home state of Connecticut.

Here is the tweet from Governor Dannel Malloy showing his joy at more legalized sodomy... 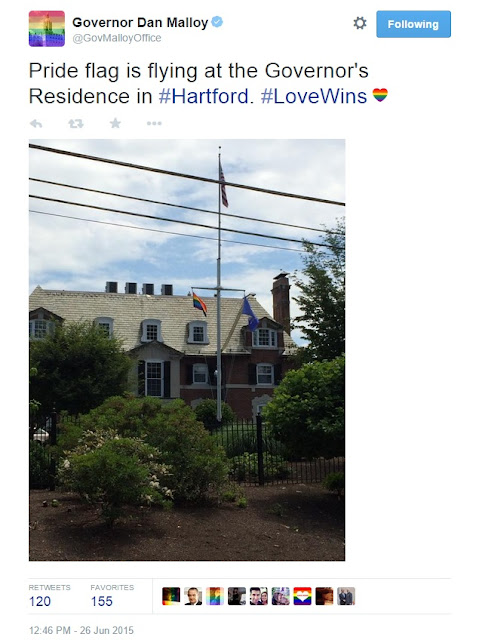 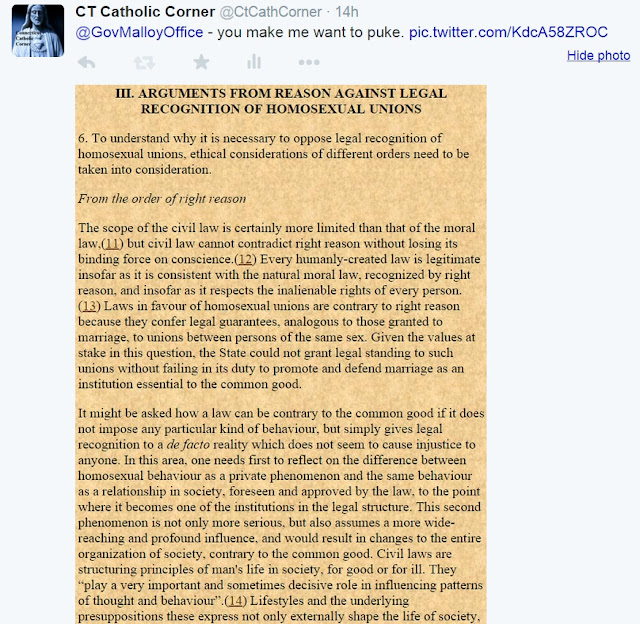 A simple "You make me want to puke"... six words and an image of a Vatican document on why Catholics must oppose gay 'marriage' and I am silenced.

Apparently, this is NOT to be tolerated by Gov. Dan Malloy, sodomy lovers or Twitter.

In response I got... 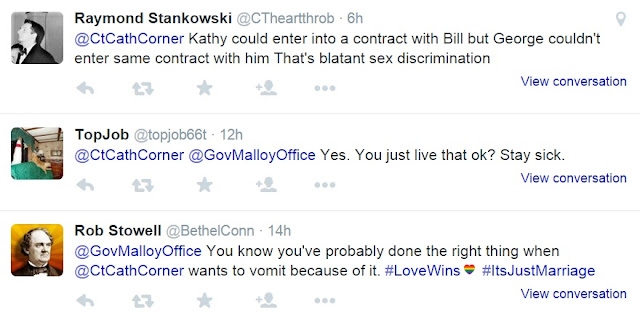 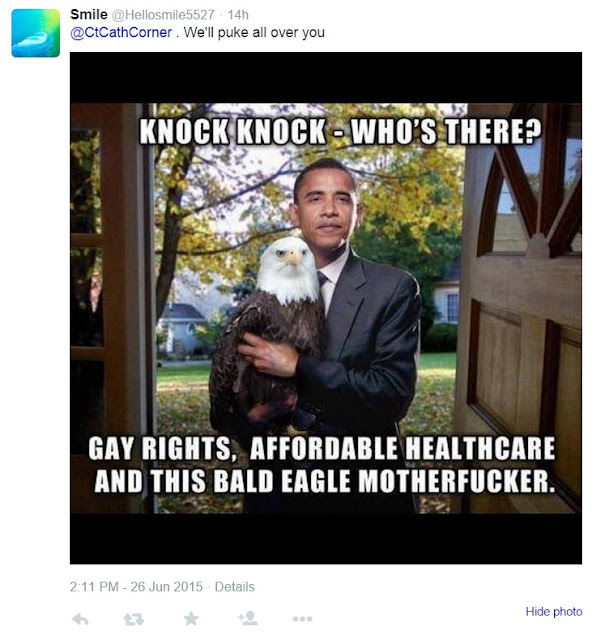 So the sodomites and their sodomite loving supporters can voice THEIR opinions on the subject with all sorts of things under the hashtag "LoveWins" but if you have an opposing view point you're Twitter account is locked.

Who knew "You make me sick" was a violation of Twitter rules?  I don't see that listed anywhere, but it doesn't matter.  Coincidence?  Malloy's office?  I oppose gay "marriage" because God calls it a mortal sin and for that and my charming way with the English language Twitter suddenly locks my account?

Who else but the Governor could get such fast action in getting another person's Twitter account locked down?  I could be wrong...but I don't believe this is a coincidence and I don't believe it was any other person on Twitter.  That is my personal opinion.


In Christ and not gonna back down or be silenced, 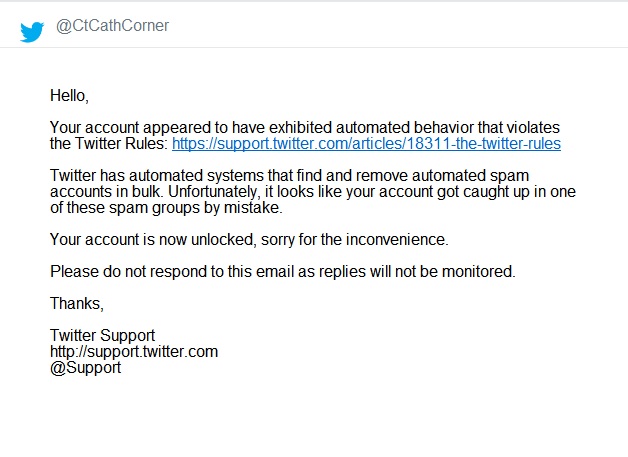