Irondale, AL (EWTN) –This afternoon, the 11th Circuit U.S. Court of Appeals in Atlanta ruled against EWTN Global Catholic Network in its long-running battle against the government’s insurance mandate requiring employer-sponsored health plans to provide coverage for contraception, sterilizations and abortion-inducing drugs. A three-judge panel issued a 2-1 decision more than a year after oral arguments before the Appeals Court. 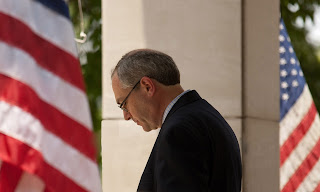 “We are extremely disappointed that the Court has refused to protect our religious freedom,” said EWTN Chairman and Chief Executive Officer Michael P. Warsaw. “This decision by the Court of Appeals ignores the arguments that EWTN and numerous plaintiffs around the country have made with regard to this mandate. In effect, this decision orders EWTN to violate its religious beliefs and comply with the government’s HHS mandate or pay massive fines to the IRS.”

“This is wrong,’ said Lori Windham, Senior Counsel of the Becket Fund for Religious Liberty and lead attorney on the case. “Rather than provide these drugs and devices through its own exchanges, our government wants to punish EWTN for practicing its faith. This 2-1 decision is not the end. The government’s unconstitutional mandate has lost repeatedly at the Supreme Court, and we believe it will lose again.”
EWTN filed its original lawsuit Feb. 9, 2012 against the Department of Health & Human Services, HHS Secretary Kathleen Sebelius, and other government agencies seeking to stop the imposition of the contraception mandate as well as asking the court for a declaratory judgment that the mandate is unconstitutional. The Attorney General of the State of Alabama filed a motion to join EWTN March 22, 2012 as a plaintiff in the lawsuit. That lawsuit was dismissed pending the final HHS mandate rules.

The final rules promulgated in July 2013 granted no relief to EWTN.  In October 2013, EWTN and Alabama Attorney General Luther Strange joined together to challenge the unconstitutional HHS mandate. A federal judge ruled against EWTN in that case as well.  Hours after the US Supreme Court decision in the Hobby Lobby case in June 2014, the 11th Circuit granted EWTN an emergency injunction, protecting EWTN from the mandate while it filed an appeal. Today, a different panel of judges rendered a split decision, voting 2-1 against EWTN.

In a blistering dissent, Judge Gerald Bard Tjoflat stated: "The majority runs roughshod over the sincerely held religious objections of Eternal Word Television Network," and concluded that "at bottom, the majority’s reasoning takes aim at the heart of RFRA (the Religious Freedom Restoration Act) itself."

Said Warsaw: “As we have said repeatedly, contraception, abortion-inducing drugs and voluntary sterilization are not health care and the government should not force EWTN to provide them as part of our employer-sponsored health plan. We are grateful for the prayers and support of the EWTN Family over the course of this litigation, as well as all those who have written in support of our lawsuit and in support of religious liberty. We ask for continued prayers as we consider our response to the Court’s decision.”


EWTN Global Catholic Network, in its 35th year, is the largest religious media network in the world. EWTN’s 11 networks broadcast in multiple languages 24 hours a day, seven days a week to over 264 million television households in more than 145 countries and territories. EWTN services include direct broadcast satellite television and radio; AM & FM radio networks transmitted through SIRIUS/XM, iHeart Radio, and over 500 domestic and international radio affiliates; a worldwide shortwave radio service; the largest Catholic website in the U.S.; electronic and print news services, including “The National Catholic Register” newspaper, and two global wire services; as well as a publishing arm.