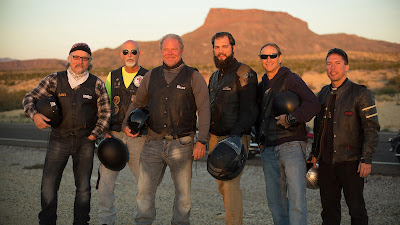 Irondale, AL (EWTN) – In 1917, during the fourth year of World War I, Our Lady appeared six times to three shepherd children in Fatima, Portugal with prophetic messages and a miracle that stunned the world. In May 2017, the Catholic Church will begin a six-month celebration of the 100th anniversary of those six apparitions, which are widely considered to be the most important series of Marian apparitions in history – and there is no better place to see, celebrate, and learn everything about Fatima than EWTN.
The Network’s coverage of this momentous series of events – live from Fatima, Portugal – will also include EWTN’s six-part original mini-series, “The Miracle of Fatima,” documentaries, films and more. (Get frequently updated information about EWTN’s Fatima programming and a lot more at www.ewtn.com/fatima.)
However, as important as the Fatima celebration is, it’s just one part of the Network’s spectacular Spring season lineup, which begins in March 1 and continues through June.
“We’re very proud to be able to roll out a package of high-quality Catholic programming that covers many new and exciting topics of interest to our EWTN family,” said EWTN President & COO Doug Keck.
In addition to new episodes of all your favorite shows, EWTN’s Spring programs, which premiere the first week in March, will include new series such as:
“EWTN Pro-Life Weekly:” In partnership with the Susan B. Anthony List, EWTN Host Catherine Szeltner gives viewers the tools they need to defend life from conception to natural death. What can I do to help create a culture of life in my home and in my country? Airs 11 p.m. ET, Fridays beginning March 3; 10 a.m. ET, Sundays; and 3 a.m. ET, Mondays.   “Battle Ready:” Doug Barry, former “Life on the Rock” co-host, helps men discover the resources the Church offers to help them lead their families in today’s spiritual battles. What can I do as a husband and father to protect my family against the snares of the devil? Airs 11:30 p.m. ET, Sundays beginning March 5; and 3 a.m. ET, Fridays.   New children’s programs include “Hermie and Friends” (10 a.m. ET, Saturdays, beginning March 4) and “Bugtime Adventures” (4:40 p.m. ET, Fridays, beginning March 3).   Coming in June: “The Long Ride Home:” Champion Surfer Bear Woznick and a group of friends motorcycle their way from Florida to Texas to meet people, evangelize, and discuss the Faith. What does it mean to be a man living out your faith in today’s world?   Coming in June: “Real Life Catholic” Host Chris Stefanick travels the world and gets lessons in gratitude from a cranberry farmer in Wisconsin, discovers Catholic traditions in Cajun country, speaks with young saints in the making in Krakow during World Youth Day, and much more.  Plus, travel to:
Ireland with Fr. Nathan Cromley and a group of young people who walk in the footsteps of St. Patrick in “Discovering Patrick: Saint of Ireland.”  The Holy Land with EWTN’s Fr. Mark and Fr. Joseph to walk in the footsteps of Jesus, Mary, and St. Peter.  Philadelphia with Fr. Charles Connor, who discovers “Catholic Beginnings” in the City of Brotherly Love – and more.  For a complete listing of all of EWTN’s television programming and show times, please go to www.ewtn.com/television. Keep up-to-date on EWTN programs and news from a Catholic perspective via EWTN's Facebook page, www.facebook.com/ewtnonline.
EWTN Global Catholic Network, in its 36th year, is the largest religious media network in the world. EWTN’s 11 TV channels are broadcast in multiple languages 24 hours a day, seven days a week to over 268 million television households in more than 145 countries and territories. EWTN platforms also include radio services transmitted through SIRIUS/XM, iHeart Radio, and over 500 domestic and international AM & FM radio affiliates; a worldwide shortwave radio service; the largest Catholic website in the U.S.; electronic and print news services, including Catholic News Agency, “The National Catholic Register” newspaper, and several global news wire services; as well as EWTN Publishing, its book publishing division.