Peter is the first pope 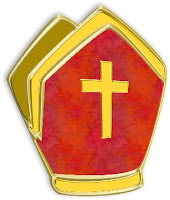