“I am pleased to announce the launch of our new Italian-language news outlet, ACI Stampa, which marks another important milestone in the Network's service to the Church,” said EWTN Chairman and Chief Executive Officer Michael P. Warsaw. “We have been able to bring together an exceptionally talented and very experienced team that is being led by longtime Vatican journalist and author Angela Ambrogetti." 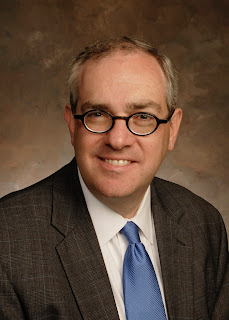 "Our team's knowledge of the Church and the workings of the Holy See, as well as their familiarity with issues of importance within Italy, will enable us to fill a gap that exists today in news coverage in that region," added Warsaw. "This service will be part of the ACI Group, EWTN's international news organization, and will also enable us to share the content that is created with people around the globe through our other news platforms. I am excited to have this new service join the EWTN family.”

“We were honored to welcome Vatican officials and journalists from around the world to our event celebrating the launch of ACI Stampa,” said the ACI Group’s Executive Director Alejandro Bermudez. “ACI Stampa joins the ACI Group’s existing office in Rome. The Group also maintains offices in the U.S., Peru, Chile, and Brazil and fields correspondents in Spain and Southeast Asia. ACI Stampa, which has its own independent editorial team, is a significant step forward for the ACI Group as well as for the larger EWTN News family."

“The birth of a new Catholic information service is a big challenge,” said ACI Stampa Editorial Director Angela Ambrogetti, “but it is also a way of showing that the Catholic Church has a lot of energy and enthusiasm. Our task is to be unbiased and to prepare ourselves every day to serve truth.”
Ambrogetti is among the world's best-known Vatican journalists, who are also known as "Vaticanistas".  She is a senior member of the Vatican press corps and her resume includes long stints with Vatican Radio, the Italian broadcaster Telepace, and the Italian Catholic website Korazym. She is also the author of several books on Pope Saint John Paul II.

The launch of ACI Stampa is the latest step in EWTN’s efforts to expand its news presence in the global Catholic digital and multimedia marketplace. In 2013, the Network launched “EWTN News Nightly”, a daily news program from Washington, D.C. covering news and world events from a Catholic perspective. In 2011, EWTN acquired “The National Catholic Register”, the leading Catholic newspaper in the United States. The Network also produces “The World Over with Raymond Arroyo”, the highly-acclaimed weekly news analysis and interview program. In addition, EWTN’s radio and digital media services have greatly expanded their news dimension in recent years.


EWTN Global Catholic Network, now in its 35th year, is the largest religious media network in the world. EWTN’s 11 television networks broadcast in multiple languages 24 hours a day, seven days a week to over 250 million television households in more than 140 countries and territories. EWTN’s outreach includes direct broadcast satellite television and radio services; AM & FM radio networks transmitted through SIRIUS/XM, iHeart Radio, and over 300 Catholic radio affiliates across the U.S.; a worldwide shortwave radio service; one of the largest Catholic websites in the U.S.; print and electronic news services and EWTN Publishing, Inc.