Boy, you just never know what you're going to get when you sit down with family to watch a G-rated Christmas cartoon.

I see a cartoon reindeer, some snow and Santa waving and think the family and I are in for a holiday treat of cuteness.  Taking a break from all the horrible news to just enjoy a cute Christmas cartoon movie. 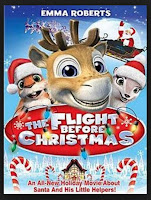 The movie I watched with my teen+ kids this weekend was no Frosty the Snowman.  Had my children been young I would have been upset to sit them down to watch it thinking I was getting a cute family friendly G-rated movie.  That is not what the movie "The Flight Before Christmas" delivered.  I had never heard of this movie before, so I had no idea what it was about- I was just going by the cute cover image.  Looks cute right?  As the saying goes, looks can be deceiving.

I am still rather shocked by the basis of the story.  And while I was watching it, I wondered how some parents dealt with the story line, so after the movie my oldest daughter looked up some reviews for me on Amazon. More on those later...

The story is about Niko, a little reindeer boy who doesn't have a father in his life. The reason he doesn't have a father in his life is because his mother had a one night stand (honest, its in the movie), got knocked up by one of Santa's reindeer (she never got his name so she can't even tell her son the name of his father) and had little Niko the following spring unknown to the reindeer she had sex with.

Here is the scene of little Niko hearing his mother tell the story of how he was conceived when one of Santa's "Flying Forces" reindeer "took her for a spin" one day resulting in her pregnancy - no really watch the video clip she really says that:

After putting the herd in danger from vicious wolves, little Niko decides its time to find his father.  A little flying squirrel has been a step father to little Niko his whole life, but Niko doesn't want a step father, he wants his biological father, so off Niko goes on an adventure to find his biological father.  The step-father squirrel goes with him and along the way, they meet up with Wilma the weasel.  They flee numerous times from a pack of horrible wolves who want to eat them. 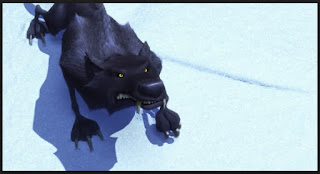 (According to some reviews on Amazon, this wolf terrorized more than one child.)

Niko and friends overhear the black wolf's plan for his pack to eat all the flying reindeer to gain their power of flight for themselves and then to eat Santa, thus taking Santa's place on Christmas eve.  The plan finishes with the wolves going home to home eating all the little children sleeping in their beds waiting for Christmas morning.  Did I mention this was rated "G" for little children??

Niko and friends make it to where Santa and his reindeer live only to get in the way of the drunken reindeer (they drink a lot) making a trial flight.  The "santa" falls out of the sleigh, plummets to the ground then bursts into flames.  There is no indication that this is a stuffed or dummy Santa- so children everywhere (read the Amazon comments) were greatly disturbed to see Santa plummet to his death and go up in flames.

This movie's holiday cheer continues with a lovely DNA song to finger who is Niko's father- all the reindeer admit to taking the ladies out for spins, but none of them will fess up to fathering Niko.


Nice song for the kids to learn and sing for Christmas eh?

The reindeer all deny being Niko's father, breaking his heart.  Then they decide to test him- by making him jump off their landing strip into oblivian.  If he flies, one of the reindeer is lying and really did father Niko. If he plummets to his death the Flying Force are in the clear.

The story goes on...blah, blah, blah, until Niko shows some spunk, believes he can fly and does. There is a battle against the wolves- all the adult drunken reindeer run for their lives leaving little Niko, the squirrel and the Wilma the weasel to fend for themselves.

Long story short, they do all manage to survive- even the evil wolves.  Prancer fesses up to hooking up with Niko's mother and Santa talks to Niko thrilling him by giving him a place on the team to pull the sleigh.

When Niko tries to talk to his father about coming home and seeing Niko's mother again so they can be a happy family together, Prancer stammers and makes excuses about being really busy with fly practice. The perfect Christmas cartoon version of a deadbeat father.

Niko returns home and declares his real father (the squirrel) had been right there with him all along.

Now for the customer reviews on Amazon: 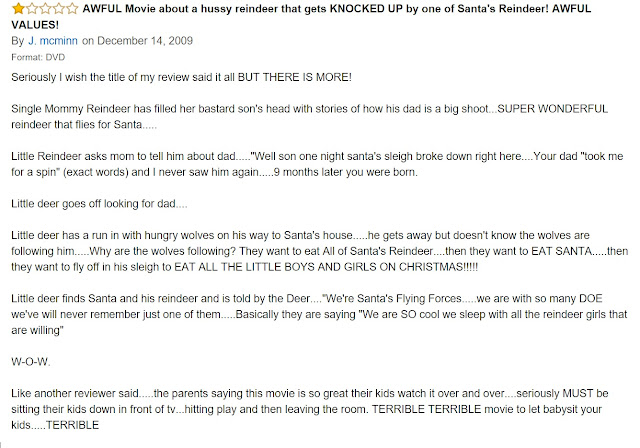 The kill and eat Santa review:

In Christ and sticking to the Charlie Brown Christmas movie, 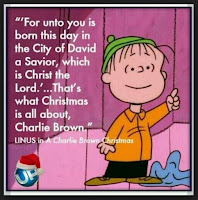