And Another Christmas Story In July…. 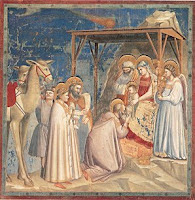 Doug writes: It was late, almost midnight, and just another lonely Christmas Eve. The wind was howling and a blinding snow was coming down. The bitterly frigid temperature outside was not fit for man or beast. The elderly farmer groaned as he crawled his old, achy bones into his bead. He was cold and nestled himself snugly into the blankets to savor the warmth and drift off into a much needed restful slumber from his hard day’s work. This Christmas Eve, like many from the recent past, didn’t mean much to the old farmer. He was a lonely old man, and couldn’t figure out what all the hoopla was about and why others made such a big fuss about Christmas Eve. What’s so special about it, anyway? What’s the big deal? What’s everybody so happy about? After all, it was really just another day, wasn’t it?

Just as the old farmer was to drift off to sleep, he was disturbed by a fluttering and clicking noise outside his window. He got up to investigate and found a flurry of sparrows, trying to get in from the glass pane of the window, apparently seeing and sensing the warm dwindling day’s fire still slightly aglow in the fireplace.

Having satisfied his curiosity, the old farmer returned to his bed, desperate to regain the lost warmth from his abrupt exit. But the sparrows would have none of it, still flying into the windowpane and fluttering about on the sill. They made quite a racket.

Now angry about being disturbed again, the old farmer opened the window, yelling and flailing his arms about, trying to shoo his unwanted visitors away, but to now avail.

He dressed, went outside and opened the barn door, figuring he would give much relief to both he and the birds. The barn was enclosed, protected and full of hay. The birds would be warm and safe for the night, and hopefully quiet, so that he could get some sleep.

But the birds remained at their window vigil, undaunted and still determined to find shelter their own way.

Now frustrated, the old farmer paused to think how he could outsmart his feathered friends. He then went into the house and crushed up a loaf of bread. He went back outside and scattered the breadcrumbs on the snowy ground, leading a trail into the barn.

The trick only partially worked. The birds left the window and flocked about the bread, cautiously pecking at some of it, but they still refused to enter the barn. They now flew around the old farmer, as if equally frustrated and maybe even a bit scared and confused. They just didn’t know what to make of him, and feared getting too close to this large, odd, grandiose being.

Sensing their desperation on this cruel and cold winter night, the old farmer tried to think of another idea, but none came to mind. His exasperation now turned to sympathy for the forlorn birds, but he now felt helpless and didn’t know what else to do to help them. Feeling a bit sad and defeated, he went back in the old farmhouse and returned to bed. Snuggling back up into his cocoon of warm blankets, yet still chilled and shivering from his outdoor jaunt, the old farmer again tried to go to sleep. But the pecking and fluttering soon was again audible from his window. The birds had returned from outside of the barn door. They never did enter inside the barn.

His frustration now returned. The old farmer tried to ignore the poor little creatures, but they only continued zealously at their mission of acquiring and keeping his attention.

Now lying on his back, unsettled and awakened, the old farmer thought to himself, “On Christmas Eve, I need this aggravation! What’s the matter with those stupid birds, anyway? I tried to help them. Why wouldn’t they accept my help? Why wouldn’t they follow my lead? Why wouldn’t they trust me? Would they rather die, out in the winter frost, freezing and starving because of their own lack of faith and their own stubbornness? But what else can I do? I tried everything I could do. They just don’t trust me, even though I tried to save them. Maybe it’s because they don’t recognize me. If only I could turn myself into a sparrow. Then I would be one of them. I would look and act just like them. I wouldn’t be a big, scary, mysterious stranger from a distance any more. Then they would trust me. Then I could fly into the barn to show them and they would all follow me in. Birds can’t be all that much different from people. I’m sure they must trust someone who is one of them. Then, maybe they could be saved. Some might still not trust me, but I bet others would. At least then, some of them could be saved. If only I was a sparrow. If only I was one of them. After all, it is Christmas Eve. If only I could at least be turned into one of them, if even just for a little while. If I could be one of them right now, on Christmas Eve… Hey, wait a minute….”