Irondale, AL – EWTN Global Catholic Network filed a lawsuit February 9 in U.S. District Court in Birmingham, Alabama against the Department of Health & Human Services, HHS Secretary Kathleen Sebelius, and other government agencies seeking to stop the imposition of the contraception mandate as well as asking the court for a declaratory judgment that the mandate is unconstitutional. EWTN is the first Catholic organization to file suit since the final HHS rules were published by the Obama administration on January 20, 2012.

“We had no other option but to take this to the courts,” says EWTN President and CEO Michael P. Warsaw. “Under the HHS mandate, EWTN is being forced by the government to make a choice: either we provide employees coverage for contraception, sterilization and abortion-inducing drugs and violate our conscience or offer our employees and their families no health insurance coverage at all. Neither of those choices is acceptable.”

The lawsuit was filed on EWTN’s behalf by Mark Rienzi, Kyle Duncan, and Erik Kniffin from the Becket Fund for Religious Liberty. 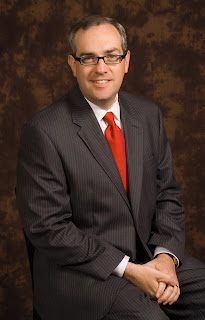 Catholic and non-Catholic, religious and secular – from having this mandate imposed upon them,” Warsaw continued. “The government is forcing EWTN, first, to inform its employees about how to get contraception, sterilization and abortifacient drugs, a concept known as forced speech. To make the matter worse, the government then will force EWTN to use its donors’ funds to pay for these same morally objectionable procedures or to pay for the huge fines it will levy against us if we fail to provide health care insurance. There is no question that this mandate violates our First Amendment rights. This is a moment when EWTN, as a Catholic organization, has to step up and say that enough is enough. Our hope is that our lawsuit does just that.”

The Becket Fund previously filed similar lawsuits on behalf of Belmont Abbey College, a small Catholic liberal arts college in Belmont, N.C., and Colorado Christian University, an interdenominational Christian liberal arts university near Denver, which demonstrates that this is not just a Catholic issue. Both suits were filed prior to the HHS rules being finalized in January.

“When the government recently mandated that all private group health plans cover certain abortion drugs (namely, Plan B and ella), as well as related education and counseling, [our clients] knew that they could not obey both the government’s mandate and their own religious convictions,” said Rienzi, who focuses his practice at the Becket Fund on violations of the Fourteenth Amendment, free speech, and the free exercise of religion. “The mandate has been sharply criticized from across the political spectrum, and from religious leaders of a variety of faiths.”

Duncan, a former Louisiana Solicitor General and General Counsel of the Becket Fund, said that without a change in the rules, EWTN could be forced to pay more than $600,000 for the “privilege” of not underwriting these services.

“This mandate is particularly hard on Catholics because Catholic organizations, such as hospitals, schools, social service agencies, media outlets and others, serve people regardless of their religious beliefs,” Warsaw said. “We serve others not because they are Catholic, but because we are Catholic. “

EWTN Global Catholic Network, in its 30th year, is available in over 200 million television households in more than 140 countries and territories. With its direct broadcast satellite television and radio services, AM & FM radio networks, worldwide short-wave radio station, Internet website www.ewtn.com, electronic and print news services, and publishing arm, EWTN is the largest religious media network in the world.

The Becket Fund for Religious Liberty is a non-profit, public-interest law firm dedicated to protecting the free expression of all religious traditions. The Becket Fund has a 17-year history of defending religious liberty for people of all faiths. Its attorneys are recognized as experts in the field of church-state law, and they recently won a 9-0 victory against the federal government at the U.S. Supreme Court in Hosanna-Tabor v. EEOC.
Posted by Connecticut Catholic Corner