New Show, In Partnership with Susan B. Anthony List, Helps Viewers Create a Culture of Life 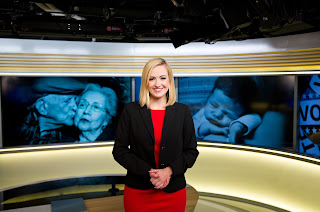 Irondale, AL (EWTN) – EWTN Global Catholic Network, in partnership with the Susan B. Anthony List, will launch a new half-hour weekly program that will inform and educate viewers about current issues of importance in advancing a culture of life.
“EWTN Pro-Life Weekly” will launch with a January special on Thursday, Jan. 26, at 5 p.m. ET with an encore on a Friday, Jan. 27, at 5:30 p.m. ET.  The show will begin airing each week at 11 p.m. ET Fridays, 10 a.m. ET Sundays, and 3 a.m. ET Mondays starting March 3, 2017.

“Despite the fact that there are many signs of hope, our culture continues to chip away at the right to life from conception to natural death,” said EWTN Chairman and Chief Executive Officer Michael P. Warsaw. “I believe this is the perfect time to produce a show that takes pro-life reporting and analysis to the next level. ‘EWTN Pro-Life Weekly’ not only seeks to inform, but also to show viewers how to engage everyone from their friends and neighbors to their elected representatives on the life issues. The show will also focus on those who are already doing great work, such as the Susan B. Anthony List. Our goal is that viewers will be motivated, inspired, and equipped to make a difference.”

“Susan B. Anthony List is thrilled to partner with EWTN on this program that will go beyond delivering news,” said Susan B. Anthony List President Marjorie Dannenfelser. “We will call on our audience to take concrete action to enact lifesaving legislation for unborn children and their mothers. SBA List will bring our political insight, legislative analysis, as well as relationships with legislators and members of the media to help create a dynamic, must-watch program. The show will collapse the distance between the White House, Congress, the press, and those at home who care deeply about saving unborn boys and girls, who want to know what more than can do. Viewers will meet the key players, see what they see, and become a part of the grassroots army engaged in high-stakes fights. With a pro-life White House and Congress, our movement is in the strongest position possible to advance historic protections for the unborn.” 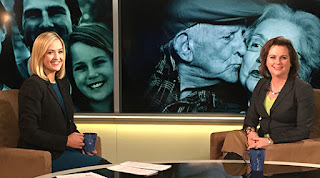 Catherine Szeltner, who was first introduced to viewers as a correspondent with “EWTN News Nightly,” will serve as the host for the program. “We want to help viewers become actively involved in the pro-life movement, said Szeltner. “What are the expectations here? What’s realistic? What’s not? What is Congress debating now? How do we hold our lawmakers accountable for their pro-life promises? Each program will feature a call to action segment that is intended to very clearly give people the steps they can take to become engaged in the fight for life. This is the main vision for the show.”

“In addition, said Szeltner, “we will be the authoritative resource for the latest pro-life news. We’ll explain what’s happened each week, especially as it concerns abortion and assisted suicide. We also want to be a platform for dialogue on confusing questions so viewers can walk away feeling more confident about engaging in the discussion. We’ll end with a segment on a group or person who is building up the culture of life.”

While abortion and assisted suicide are major concerns, Szeltner says the show will take a “holistic, Catholic approach,” which means that the show will focus on pro-life issues in all areas and stages of life.

The debut special will air right before the March for Life and will include a look at expectations for the new Trump Administration, ways to get involved with the pro-life movement, and a powerful interview with a survivor of an abortion attempt.”

EWTN Global Catholic Network, in its 36th year, is the largest religious media network in the world. EWTN’s 11 TV channels are broadcast in multiple languages 24 hours a day, seven days a week to over 268 million television households in more than 145 countries and territories. EWTN platforms also include radio services transmitted through SIRIUS/XM, iHeart Radio, and over 500 domestic and international AM & FM radio affiliates; a worldwide shortwave radio service; the largest Catholic website in the U.S.; electronic and print news services, including Catholic News Agency, “The National Catholic Register” newspaper, and several global news wire services; as well as EWTN Publishing, its book publishing division.

Susan B. Anthony List is a network of more than 465,000 pro-life Americans dedicated to pursuing policies and electing candidates who will reduce and ultimately end abortion. To that end, SBA List emphasizes the education, promotion, mobilization, and election of pro-life women.  SBA List’s education arm, the Charlotte Lozier Institute, provides the latest scientific research, statistical data, and public policy analysis on human life issues to activists and legislators across the United States and around the world.

Photo Caption #1: EWTN Global Catholic Network, in partnership with the Susan B. Anthony List, will launch "EWTN Pro-Life Weekly" with Host Catherine Szeltner. The new half-hour program, which will inform and educate viewers about current issues of importance in advancing a culture of life, debuts with a January special at 5 p.m. ET, Thursday, Jan. 26, and encores at 5:30 p.m. ET, Friday, Jan. 27.


Photo Caption #2: Host Catherine Szeltner and Susan B. Anthony List President Marjorie Dannenfelser on the set of "EWTN Pro-Life Weekly," which debuts with a January special at 5 p.m. ET, Thursday, Jan. 26, with an encore at 5:30 p.m. ET, Friday, Jan. 27. EWTN's new half-hour weekly program, in partnership with the Susan B. Anthony List, will inform and educate viewers about current issues of importance in advancing a culture of life.