When the circus freak-show becomes our world reality

These are some humdingers in my opinion.

Let's start with the mess D.C. has just subjected our police officers to. I'm sure the police officers will love this one when debating whether or not to frisk a suspect. 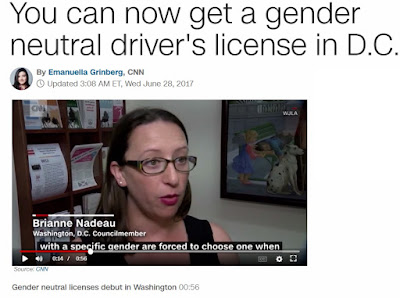 Quote: (CNN)Nic Sakurai was among the first people outside the Benning Road Department of Motor Vehicle office in Washington on Tuesday morning at 7:15.
Sakurai had created a Facebook event and invited others to join the historic day: They would become the first people in the United States to choose X as their gender marker instead of male or female on driver's licenses and identification cards.The X signifies gender neutral, the preferred designation for people like Sakurai who don't identify as male or female.They may use different words to describe how they identify, such as gender nonconforming, gender fluid, gender nonbinary or agender, as Sakurai prefers. Whatever the case, "male" and "female" and "he" and "she" don't fit how they see themselves."I don't feel that sense of gender as something that is part of my core innate experience," said Sakurai, who uses the pronoun "they.""I'm glad to finally have an ID that actually matches who I am."

I love these liberal nut-jobs who deny DNA, tossing proven science out the window for "I don't feel that sense of gender as something that is part of my core innate experience."

What the hell is a "core innate experience" any way?

Just wait till a male police officer frisks a female who looks like a guy and has 'no gender marked on her license' and then see how fast the courts fill up with sexual assault charges and discrimination because our poor police officers can't tell who's what any more, even with an ID! 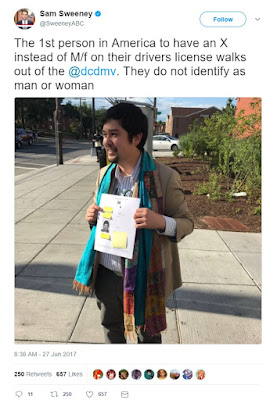 Our nation is full of mental midgets.

Let's not forget the Canadians... 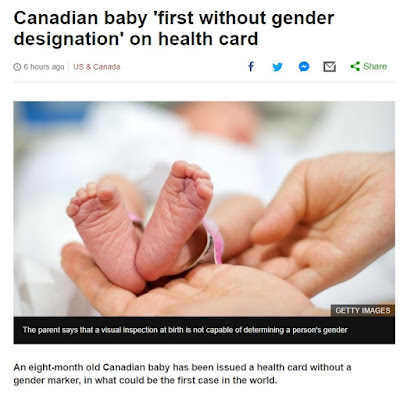 Quote: "An eight-month old Canadian baby has been issued a health card without a gender marker, in what could be the first case in the world.Parent Kori Doty - a non-binary transgender person who identifies as neither male nor female - aims to allow the child to discover their own gender.The health card has been issued with a "U" in the space for "sex", which could be for "undetermined" or "unassigned".Kori Doty is fighting to omit the gender from the birth certificate.The parent gave birth to Searyl Atli in November at a friend's home in British Columbia. Kori Doty, who prefers to use the pronoun they, argues that a visual inspection at birth is unable to determine what gender that person will have or identify with later in life.They want to keep Searyl's sex off all official records."I'm raising Searyl in in such a way that until they have the sense of self and command of vocabulary to tell me who they are, I'm recognising them as a baby and trying to give them all the love and support to be the most whole person that they can be outside of the restrictions that come with the boy box and the girl box," the parent was quoted by CBC as saying." [clipped]

Something else to blame the Russian's for...nesting dolls. The I-don't-know-what-the-hell-I-am crowd have developed "Sam" the nesting doll to help confuse children into not knowing the difference between male and female- and totally rejecting the scientific proof (DNA) that tells them exactly what gender they are.

And more idiots... no library is safe any more. 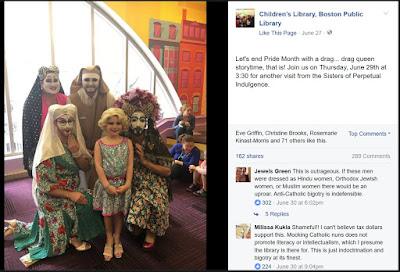 Full story for this idiocy can be found at ChurchPop.

What month of June is complete without priests celebrating gay pride? 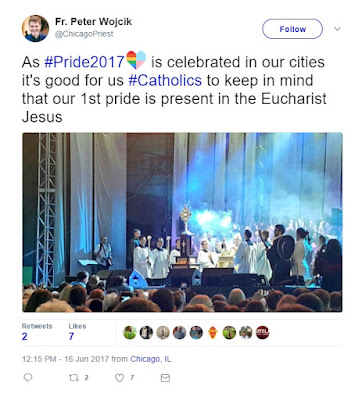 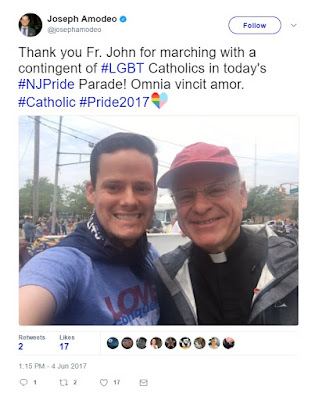 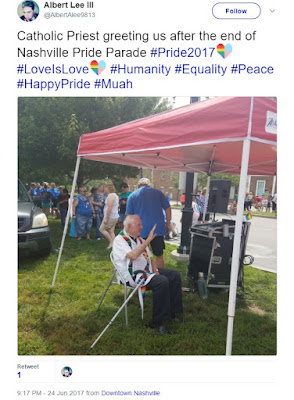 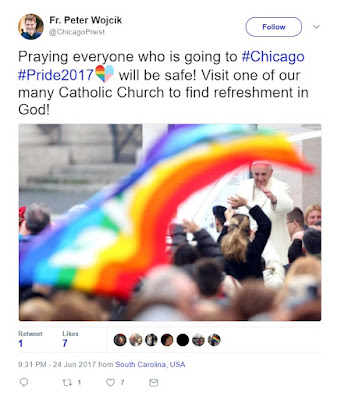 And of course, our infamous heretical priest... 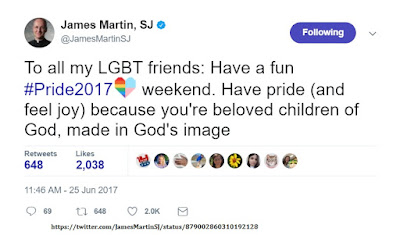 What the hell is wrong with parents who twist the minds of their innocent children into a mass of chaotic confusion that will leave them with a lifetime need of therapy? In my opinion, this is all child abuse.

God help us and save the innocents!