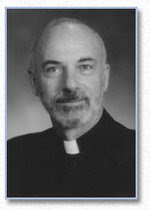 Among the most important titles we have in the Catholic Church for the Blessed Virgin Mary are Our Lady of Victory and Our Lady of the Rosary. These titles can be traced back to one of the most decisive times in the history of the world and Christendom. The Battle of Lepanto took place on October 7 (date of feast of Our Lady of Rosary), 1571. This proved to be the most crucial battle for the Christian forces against the radical Muslim navy of Turkey. Pope Pius V led a procession around St. Peter’s Square in Vatican City praying the Rosary. He showed true pastoral leadership in recognizing the danger posed to Christendom by the radical Muslim forces, and in using the means necessary to defeat it. Spiritual battles require spiritual weapons, and this more than anything was a battle that had its origins in the spiritual order—a true battle between good and evil.Today we have a similar spiritual battle in progress—a battle between the forces of good and evil, light and darkness, truth and lies, life and death. If we do not soon stop the genocide of abortion in the United States, we shall run the course of all those that prove by their actions that they are enemies of God—total collapse, economic, social, and national. The moral demise of a nation results in the ultimate demise of a nation. God is not a disinterested spectator to the affairs of man. Life begins at conception. This is an unalterable formal teaching of the Catholic Church. If you do not accept this you are a heretic in plain English. A single abortion is homicide. The more than 48,000,000 abortions since Roe v. Wade in the United States constitute genocide by definition. The group singled out for death—unwanted, unborn children.No other issue, not all other issues taken together, can constitute a proportionate reason for voting for candidates that intend to preserve and defend this holocaust of innocent human life that is abortion.I strongly urge every one of you to make a Novena and pray the Rosary to Our Lady of Victory between October 27th and Election Day, November 4th. Pray that God’s will be done and the most innocent and utterly vulnerable of our brothers and sisters will be protected from this barbaric and grossly sinful blight on society that is abortion. No woman, and no man, has the right to choose to murder an innocent human being. May God grant us the wisdom, knowledge, understanding, and counsel to form our conscience in accordance with authentic Catholic teaching, and then vote that well-formed Catholic conscience.
God Bless You
Fr. John Corapi
Posted by Connecticut Catholic Corner