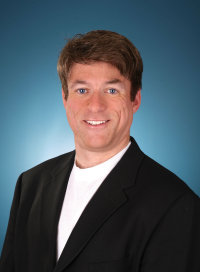 On March 4th, I received an email from the executive producer of Church Militant TV; Terry Carroll in reference to my blog post “Is it ever right to criticize a Pope?”

Mr. Carroll wanted to explain to me why Church Militant TV will not now or ever PUBLICLY (that is the key here) criticize a sitting Pope.  He shared with me an (at the time) on going email loop between himself, Michael Voris and a few of the parties (names withheld) that had emailed Church Militant TV with their concerns over this ‘issue’.  I truly appreciated their including me in the conversation.

At that point, I sort of thought that would be the end of the controversy as everyone seemed to have had their say, each clearly defining where they personally drew a line in the sand regarding the issue of PUBLICLY criticizing the Pope.  So when I took a few days ‘off’ from the blogging world only to return to my email full of emails with the subject line “Michael Voris” and seeing Church Militant TV’s The Vortex latest episodes (HERE and HERE) still talking about ‘publicly criticizing or not criticizing the Pope’ I was surprised the “issue” was still ongoing.

Some people (myself included) have/had no problem PUBLICLY criticizing a pope (just look in my sidebar), while others like Michael Voris DO have an issue with it and refuse to go against their better judgment just to appease protesters.  While I don’t always agree with Michael Voris, more often than not I DO agree with him and I will defend his RIGHT to stand up for his belief that it is WRONG to PUBLICLY criticize the Pope.

Honestly?  Would you all like him to go AGAINST his own conscience (perhaps falling into sin) to silence the protesters who are demanding he join the Pope Bashing Bandwagon?  Would that make you happy?  Would you really respect him for that?  I wouldn’t.

So why DEMAND he do something he is NOT comfortable doing?

Can we say Catholic Bullies?

If Voris doesn’t cave he will continue to be attacked by some CATHOLICS and some CATHOLICS are threatening to pull their financial support from Church Militant TV unless Voris goes against his conscience to appease them.

This IS Catholic bullying and it’s not going to get you any place good.  Don’t ask a fellow Catholic who LOVES the Faith and DEFENDS the Faith to go against his conscience because you have your nose out of joint.  Get over it.  He’s got a RIGHT to defend his position on not criticizing a Pope.  Quit bullying him for standing his ground and not being a wishy-washy push over to kiss your butts.

What is crystal clear to me is that Voris is truly concerned with the salvation of souls and that his words against a pope MIGHT cause a soul to be lost.  That is abundantly clear in his statements. I not only respect that, I ADMIRE that.  We are warned in Sacred Scripture not to be a ‘stumbling block’ (1 Cor. 8:9 “But take care that this liberty [right] of yours does not somehow become a stumbling block to the weak.”) to others because if even one is lost on account of us, we will be held accountable.  Voris seems to keep that knowledge at the forefront of all he does.  He is equally concerned with the salvation of souls and defending the Faith.  God bless him for it!

As I mentioned in my original post “Is it ever right to criticize a Pope” I HAVE publicly criticized the Pope- as I did both Pope John Paul II (kissing the Koran) and Pope Benedict (allowing ‘liberal’ Bishops and nuns to run amuck often spreading heresy).  I am a critical person WHEN I FEEL MY FAITH IS BEING HARMED (hence this blog's motto above).  Anyone who reads this blog knows I do not hold back on ANYONE who claims the title “Catholic”. If you publicly claim to BE Catholic, you’d better believe ALL the Church teaches or you are fair game on my blog.  But I am LEARNING that not all criticism is good for correcting.  I am certainly not correcting the Pope by criticizing his words or actions on my little old blog- he doesn’t read my blog.  What I have been doing is venting MY frustration out of fear that HE is becoming a stumbling block for many, all the while not recognizing myself as possibly being a stumbling block.  The old “Let me pull the speck out of YOUR eye while I ignore the log in my own eye.” (Matt. 7:3-5)

That is not to say that SOME criticism and correction is never necessary…it might be, though caution is needed when criticizing a Pope and perhaps it isn’t always needed in public, which I believe is Michael Voris' point.

What Terry Carroll and Michael Voris (and others) said in the emails I received caused me to pause and really think about this issue because IT IS AN IMPORTANT ISSUE.  We all LOVE our Catholic Faith and we all want the same thing…more Catholics IN the Church, not running for the doors. I took my time examining people’s different takes on the issue of PUBLICLY criticizing a Pope and often the word “PUBLIC” is not mentioned on these blogs, yet it is the key here.  Voris is clear the Chair of Peter is OFF LIMITS to PUBLIC criticism at Church Militant TV.  That is NOT to say that Voris or anyone else at Church Militant TV haven’t PRIVATELY been critical of the Pope or any Pope.  That this particular Pope’s “off the cuff” remarks have caused…deep concern among many is clear to all of us.  The fact remains HE IS THE POPE.  The Chair of Peter is Pope Francis’ right now.

Does he speak perfectly?  Nope.  Then again, neither did Moses (he needed Aaron) or Saint Peter our first Pope.  Peter was publicly corrected by Jesus Christ when he was wrong (John 18:10-11) and again very publicly corrected by Saint Paul (Galatians 2:11-14) when he was wrong.  The Saint’s some have mentioned (including Voris) have PRIVATELY corrected a Pope.  So we have clear examples of BOTH public and private criticism of Popes in our Church history.

I dug out a September 2013 audio from “Forward Boldly” with host Christine Niles and guests Terry Carroll (Church Militant TV executive producer) and Father John Fisher in which the three discuss whether or not it is the Catholic laity’s RIGHT to criticize Catholic clergy.  I listened to see if criticizing a Pope was ever mentioned- it was not.  But Canon Law #212 was. Please listen for yourselves HERE.

Can. 212 §1. Conscious of their own responsibility, the Christian faithful are bound to follow with Christian obedience those things which the sacred pastors, inasmuch as they represent Christ, declare as teachers of the faith or establish as rulers of the Church.§2. The Christian faithful are free to make known to the pastors of the Church their needs, especially spiritual ones, and their desires.§3. According to the knowledge, competence, and prestige which they possess, they have the right and even at times the duty to manifest to the sacred pastors their opinion on matters which pertain to the good of the Church and to make their opinion known to the rest of the Christian faithful, without prejudice to the integrity of faith and morals, with reverence toward their pastors, and attentive to common advantage and the dignity of persons.

After listening to that and the last few episodes of The Vortex and reading all these emails over again it seems to me everyone is on the same page in one regard.  Fear.

That’s the part I really don’t understand.  Why target Michael Voris because he’s not marching to the tune you're playing?  Why does he have to?

I may or may not criticize a pope in the future, but what I know I won’t do is criticize or bully a fellow Catholic who out of love for the salvation of souls is not willing to become a stumbling block to appease Catholics acting like bullies.