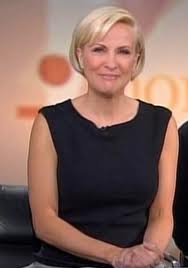 This morning (March 14, 2014) I happened to tune in to MSNBC’s“Morning Joe” show to hear co-anchor Mika Brzezinski tell her co-hosts that for her Lenten sacrifice she was watching MORE TELEVISION.  She explained that she was “giving up being unpopcultured” and “giving up being clueless” [about television entertainment] for Lent.

When she was met with baffled looks and a question for clarification from guest John Meacham trying hard to understand how a Catholic could justify more entertainment/television watching as a Lenten sacrifice she laughed and said it’s her “Polish Lent”.
Yes, she said that.

Part of Brzezinski’s “get with the program” of no longer being entertainment tv clueless is to “binge watch” television shows like “Scandal” and “Revenge” for Lent with her daughters.

Morning Joe's Mika then put out a request to her Twitter followers to tweet her (@MorningMika) television show recommendations to add to her list of "binge" programs to watch this Lent. 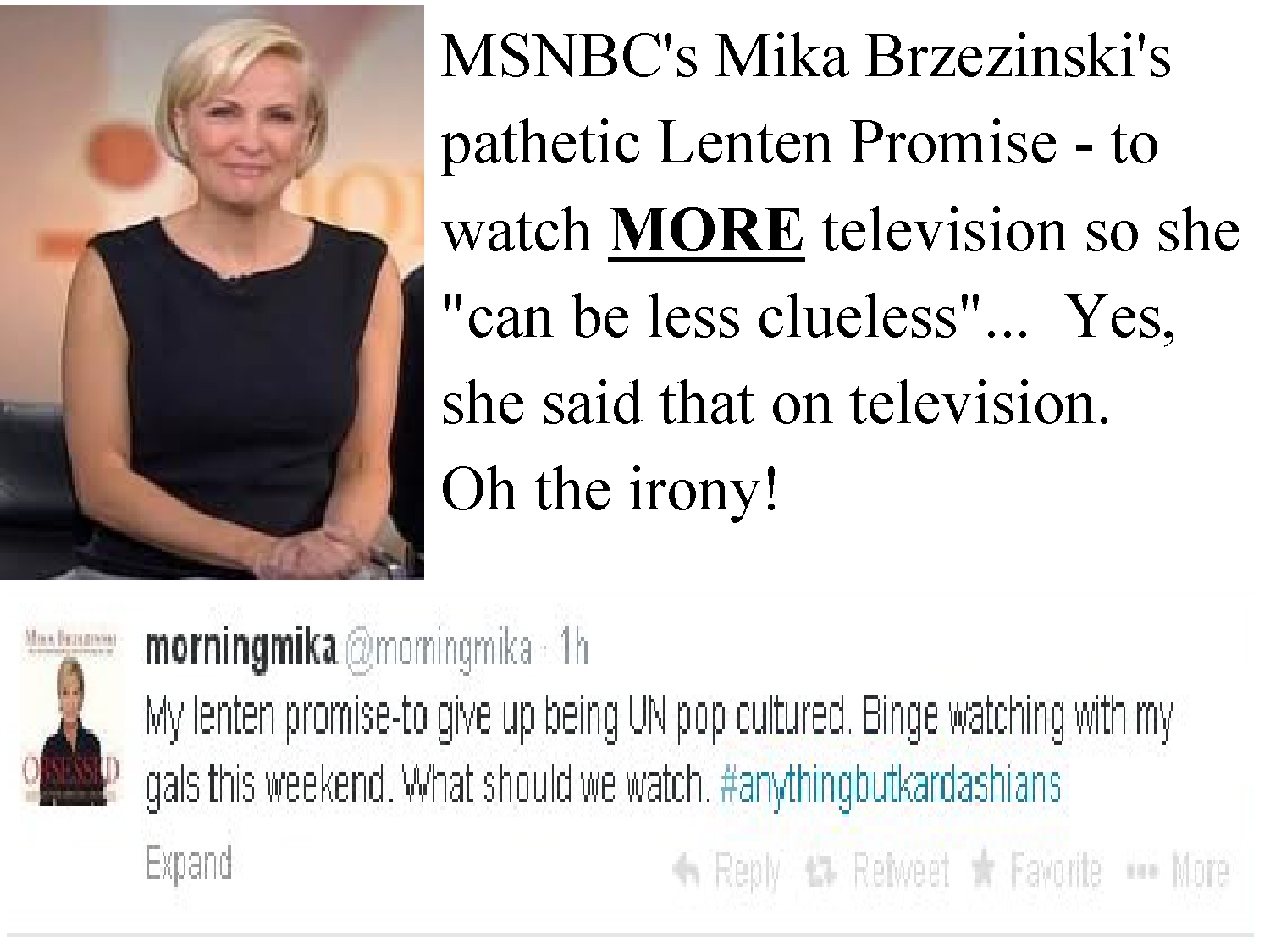 It is any wonder why this heretical “Catholic” supports abortion, gay marriage and birth control when she ignorantly thinks binge watching television programs is a Lenten sacrifice?

Q: Why is giving up something for Lent such a salutary custom?