Today I read two stories of motherhood.  The first story was about a mother octopus.  This mother octopus has stunned the science world with her dedication to the survival of her unborn babies. 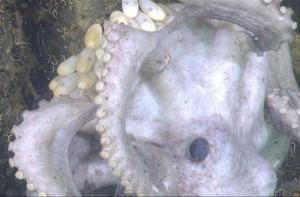 You see, the deep sea Graneledone boreopacifica species of octopus will starve themselves for more than four years (they have a incredibly long brooding period) rather than leave her precious eggs for a moment.

She spends years, attached to the location she has chosen as the perfect place to lay her eggs.  Once the eggs are laid, she waits with them. Protecting them from predators twenty four hours a day for more than four years.

Quote: During the brooding period, the mother octopus seemed to focus exclusively on the welfare of the eggs.
"She was protecting her eggs from predators, and they are abundant. There are fish and crabs and all sorts of critters that would love to get in there and eat those eggs. So she was pushing them away when they approached her," Robison said.
"She was also keeping the eggs free from sediment and was ventilating them by pushing water across them for oxygen exchange. She was taking care of them," Robison added.-end quote- 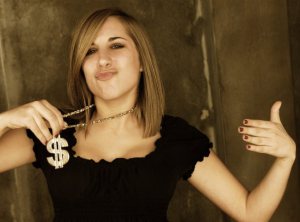 Now I contrast that story with the story of Jenny Kutner, one of the assistant editors over at Salon who wrote this week “I am having an abortion this weekend”.

Kutner, who for a year had been using an IUD to prevent her from having (not conceiving) a child found out she was pregnant.  Without batting an eye, she scheduled her abortion for today.

Kutner felt no motherly instincts at all for the human being in her womb.  She felt no sense to protect that life within her own body.  She felt only for herself.  She didn’t want a child so she would find someone to kill and remove the child from her womb.

Kutner writes: “If I still lived in Texas, I would still have access to all those same means. So I’d face fewer impediments to an abortion than most, but that doesn’t mean I’d face zero. I would still have to have a sonogram, and I would have to hear about the development of the zygote inside me.
As I waited to speak with a counselor at a New York Planned Parenthood last weekend, I felt a wave of relief at the thought of being so far from home. Really, it was relief at the thought of being trusted to make my own decision, at being able to avoid having a probe shoved inside me in an effort to make me question, regret or alter that choice. There are no mandated ultrasounds in New York; no condescending scripts for the doctors to read; no increasing shortage of clinics because of legal entrapments that endanger women’s health. I thanked my lucky stars, for maybe the first time in my life, that I was not in Texas.
Just as I did, a counselor called my name and asked me to follow her down a hall to a small, carpeted room with a desk and no windows. On the desk sat a plastic-encased model of a ParaGard IUD, the little copper “T” with which I had entrusted my reproductive health for exactly a year. I stared at it while the counselor confirmed that I was, indeed, pregnant — about five weeks, judging by the start of my last period.
She then presented me with several options. I told her I wanted to have an abortion. She did not tell me that I would have to come back for another appointment before the abortion and she did not try to talk me into another course of action. Instead, she asked when I could come in for the procedure and put it on the calendar. Then she sent me on my way.
I wasn’t sure what to feel after I made the appointment, so I just stood still on the sidewalk for a few minutes and cried. I cried because I was overwhelmed and confused, although I wasn’t at all confused about my decision. What I felt most strongly when I left the clinic, aside from the need to pull it together and go take a nap, were two feelings that have stuck with me all week. The first was acute anxiety that seven days was too long to let two incompatible objects (an IUD and a zygote) occupy my uterus at the same time. The second was complete certainty that I was making the right decision. I don’t want a child yet, and I’m not at all ready to have one.
That’s why an abortion is the right choice for me, and I don’t think much else matters. I keep repeating that and it’s not because I’m insecure, but rather because I doubt I could be more firmly convinced. Thankfully, in addition to feeling so strongly about my choice, I have received all the support I could possibly ask for — from my boyfriend, who is in complete agreement about my decision, but also from my sister and my parents, my aunts, uncles, friends, co-workers and even two relative strangers I met at a picnic on Sunday.”-end quote-

Kutner delights in the fact that she no longer lives in Texas because she won’t have to “submit to invasive transvaginal sonograms and patronizing explanations of fetal development 24 hours before getting an abortion”.

The mother octopus on the other hand is the exact opposite of Kutner and her ilk.

“This mother octopus never left the oblong-shaped eggs - which during the brooding period grew from about the size of a blueberry to the size of a grape - and was never seen eating anything. The octopus progressively lost weight and its skin became pale and loose. The researchers monitored the octopus during 18 dives over 53 months from May 2007 to September 2011.”

Reading the two stories today literally back to back, my mind was just boggled and incredibly saddened that a woman could be so callous and not for a moment, not one split second think of the child in her womb.  She only thought of herself.  By contrast the octopus mother never thought of herself, her complete focus was on her offspring and nothing else to the extent of starving herself for years.

From the time Kutner found out the child was growing in her womb to the scheduled murder of her child was less than one week.  Zero maternal instincts in Kutner.

The mother octopus spent four and half years starving herself for the well being and protection of her offspring.

It is now Saturday night…Kutner’s child is dead.

I wonder how she feels now.  I hope for her sake she feels remorse and sorrow for killing her child.  I hope she begs God to forgive her for the heinous crime she has committed.

May God have mercy on her as Heaven takes in her aborted child.