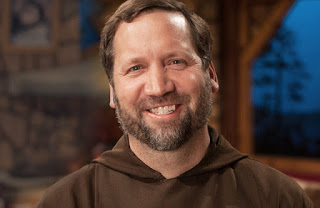 Irondale, AL (EWTN) – EWTN Global Catholic Network’s live coverage of World Youth Day 2016 airs July 26-31 from Kraków, Poland with three of the best-known and most popular youth speakers in the country. Expect the unexpected from the Network’s in-country team including Fr. Mark Mary Cristina, MFVA (”Life on the Rock”); internationally acclaimed Author and Speaker Chris Stefanick (“Real Life Catholic,” “The Gospel Unplugged”); and “Chastity Project” and “Totus Tuus Press” Founder and Speaker Jason Evert. The team will be bringing viewers the sights and sounds of Kraków, along with their sure to be entertaining interviews with young people attending WYD, to both EWTN television and radio.

Since its inception by the late Pope John Paul II in 1986, WYD has become the largest gathering of young people in the world. This year’s event, which is hosted by the Roman Catholic Church every three years, is expected to attract more than 2.5 million people.

In addition to EWTN’s television and radio coverage, viewers can tune in via live streaming on EWTN’s website or via EWTN’s free smartphone app. On the web, www.ewtn.com/wyd is the go-to place for all things World Youth Day. The mini-site will include the dates and times of all the events being broadcast, news articles about WYD from EWTN’s news services, transcripts of the Pope’s speeches, “On Demand” replay of events, a special app that will give viewers a 360 degree view of various sites around WYD, and a link to all of the above in Spanish!

Viewers will also be able to find WYD listings on EWTN’s free app under “Program Schedules” and “Video on Demand.”

This year’s theme, “Blessed are the merciful, for they will be shown mercy,” is fitting for the Year of Mercy proclaimed by Pope Francis, which began Dec. 8, 2015, Feast of the Immaculate Conception, and which concludes Nov. 20, 2016, the Feast of Christ the King.

In a message to WYD coordinators, the Pope said: “Kraków, the city of Saint John Paul II and Saint Faustina Kowalska, is waiting for us with open arms and hearts. I believe that Divine Providence led us to the decision to celebrate the Youth Jubilee in that city which was home to those two great apostles of mercy in our times. John Paul II realized that this is the time of mercy.”

EWTN Global Catholic Network, in its 35th year, is the largest religious media network in the world. EWTN’s 11 TV channels are broadcast in multiple languages 24 hours a day, seven days a week to over 265 million television households in more than 145 countries and territories. EWTN also includes radio services transmitted through SIRIUS/XM, iHeart Radio, and over 500 domestic and international AM & FM radio affiliates; a worldwide shortwave radio service; the largest Catholic website in the U.S.; electronic and print news services, including “The National Catholic Register” newspaper, and two global wire services; as well as a publishing arm.