EWTN: Donald Trump In His Most Revealing Interview Yet!
Raymond Arroyo Interviews Trump About Issues of Interest to People of Faith 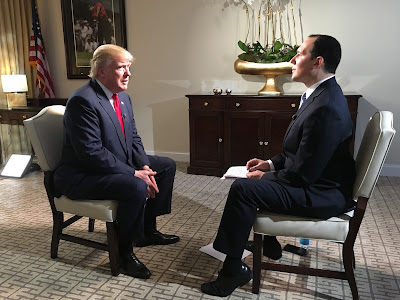 Irondale, AL (EWTN) –  At 8 p.m. ET, Thursday, Oct. 27, EWTN’s “The World Over” with Host Raymond Arroyo will air an exclusive interview with Republican Presidential candidate Donald Trump, which will be of interest to people across the United States.
“He reveals the reason he switched his position on the life issue, talks about religious liberty, and speaks to women’s concerns about his candidacy. We also spoke about his prayer life, whether he had a favorite saint, and a lot more.”

Said Arroyo: “Honestly, this is the most relaxed I’ve ever seen him on camera. Viewers will be very interested in what he has to say.”

See for yourself at 8 p.m. ET, Thursday, Oct. 27 on EWTN. Find EWTN at www.ewtn.com/channelfinder.