The Catholic Survey Results are in... 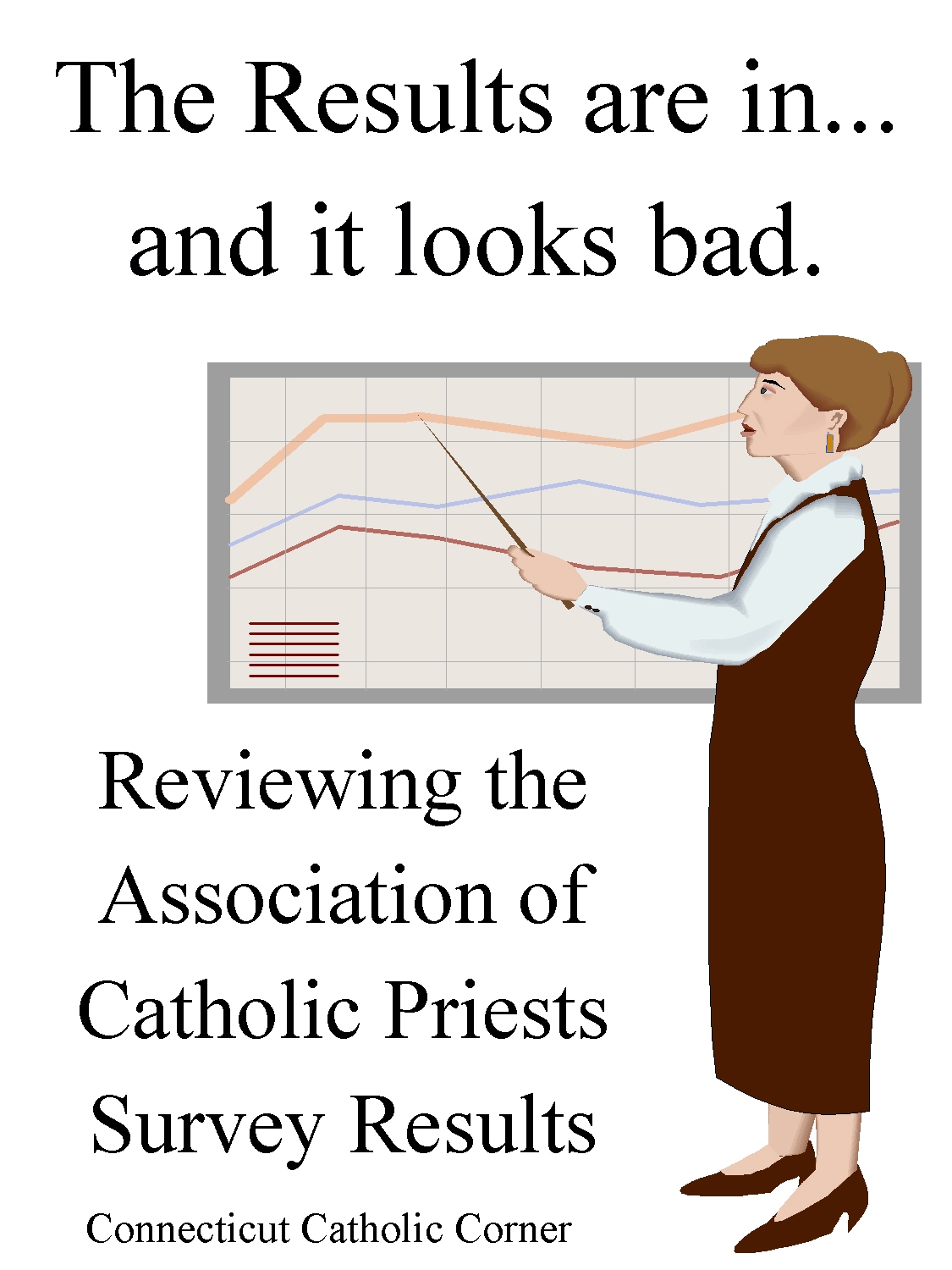 Last October, the National Catholic Reporter erroneously reported that the Vatican was sending out a survey asking "grass-roots" Catholics for their opinions on Church teachings.  The world erupted upon hearing that report because they thought the Pope would change Church doctrine on things like gay marriage, women priests, divorce and remarriage etc.  The National Catholic Reporter was wrong and misled Catholics around the world.

Fr. Lombardi of the Vatican Press Office quickly stepped up and clarified that the questionnaire was directed NOT at the Catholic laity for their opinions, but rather to Bishops.  And that these questions were NOT about ANY doctrines of the faith.

Fr. Lombardi (CNA quote): “the questions “are not regarding the doctrinal position of the Church,” explaining that the document has solely an advisory character, forming part of the habitual “praxis” of the synod of bishops.  The questions were given to the bishops of all the world's dioceses on how to address pastoral questions and how to give assistance to persons in irregular family situations, among other things.”

But the damage was done.  The National Catholic Reporter's false statements spread and now confused Catholics are even more confused because they think their opinions can change Catholic doctrine.

Soon following the NCR’s damage, the Association of Catholics Priests (Ireland) decided the Vatican survey was too difficult and they made up their own survey, put it online and asked Catholic priests, religious and laity to share their personal opinions.

The results of THAT survey are in and it’s not pretty.

[assorted questions from the survey in no particular order]

Question: What influence of “natural law” as defined by the Magisterium have in areas of society?

Question: Is cohabitation (couples living together before getting married) a pastoral reality in your particular church?

Answer: 98% said people living together outside of marriage was a ‘reality’ in their particular parish church. **13% of these cohabiting households have at least one child under the age of 15 living in this situation.

One wonders if any Catholics in Ireland are married at all anymore!

Now the topic of “marriage equality” is asked… I find this strange right off the bat because according to the Catholic Faith there is only ONE type of marriage that can ever be accepted (1 man/1 woman).  To use the term “marriage equality” seems misleading coming from Catholic priests.  Especially since THIS question is NOT asked in the official Vatican questionnaire.  It’s useless but sadly telling just the same.

Question: How important is ‘marriage equality’ to you?

Question: Is the moral teaching of Humanae Vitae accepted?

Question: How important is the availability of contraception to you and your community?

76% of Catholics said it was EXTREMELY to SOMEWHAT IMPORTANT to them and their community to have contraception available to them.

On the subject of USING birth control and going to Confession and receiving the Eucharist people clearly showed they either do not know or understand their faith, OR they simply do not care and do what they want anyway.

67.21% of Catholics said “I follow my conscience about family planning. I do not believe it to be morally wrong for the Sacrament of Reconciliation. I participate fully in the Eucharist.”

9.02% of Catholics said “I fully support the Church’s teaching on family planning and only use methods approved by the Church.”

To read the full ACP survey click on the link below.