EWTN’s New Show For Youth To Premiere on YouTube 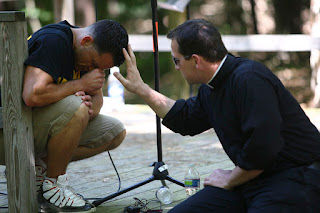 Irondale, AL (EWTN) – “You’re Amazing With Justin Fatica” is more than just the title of EWTN’s newest series, which will premiere online Thursday, August 27. (Find out more below!) It’s also more than just a slogan to our host, Author/Speaker/Evangelist Justin Fatica of “Hard as Nails.”

Recently, this young dynamo was at a book signing when a teenager came up to him and said, “I think your message is baloney.” Most people would have been offended. Not Justin.
“I’m an East Coast guy,” he said, “I’m thinking, ‘I like this kid.’ I said, ‘Why do you think that?’”

Justin said, “That really must have hurt, but your dad is still amazing.”
The teen got indignant. “You can’t say that. You don’t know what I went through. He left us. I had to take care of my brother.”

Justin looked at the teen and said, “That must have been really hard for you. What your dad DID was not amazing, but your DAD is amazing.”

“You can’t say that,” the teen insisted.

“Did it hurt you when your dad left?”

“Did you ever cry about it?”

“If your dad wasn’t amazing, it wouldn’t have hurt so bad,” Justin said. “Your dad just has to know how amazing he is so he won’t hurt people anymore. When you sin, it hurts others and yourself.”

That’s just a taste of the kind of straight talk that Justin uses to begin cracking open the doors to wounded hearts in need of the healing only Jesus can bring. Find out more on August 27, when EWTN kicks off a series that will take you on a journey to high schools across the United States. In each episode, you will experience Justin as he brings young people – and their parents – to Christ.  You will be there as he speaks with teens about the many issues they face such as pornography, broken families, premarital sex, self-mutilation, and lost loved ones.

Ninety minutes before Episode 1 begins, EWTN invites you to experience a LIVE “Life on the Rock” with Justin and Producer Jeremy Rivera. In the live pre-show, Justin and Jeremy will interact with students from John Carroll High School in Birmingham as well as LOTR Hosts Father Mark and Doug Barry. Justin will also take viewer questions, which can be sent to amazing@ewtn.com!

Find out more about the series and view the trailers at www.ewtn.com/amazing. And don’t forget to send your questions to amazing@ewtn.com. See you Thursday, August 27!


Find out more about Hard as Nails at www.amazingnation.org