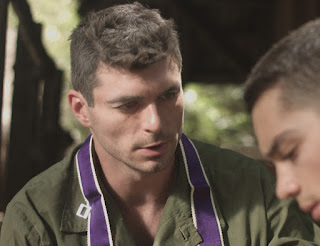 Irondale, AL (EWTN) – EWTN is proud to announce the premiere of “Called and Chosen – Father Vincent R. Capodanno.” This EWTN original docudrama depicts the life of a former Maryknoll missionary turned military chaplain, who died at the age of 38 on the killing fields of Vietnam administering the sacraments and pulling others to safety. The film premieres 10 p.m. ET, Wednesday, Aug. 30, with encores at 3 p.m. ET, Saturday, Sept. 2; and 3 p.m. ET, Monday, Sept. 4. (Find EWTN at www.ewtn.com/channelfinder.)

“For several years now, EWTN has been focused on creating more original, high quality movies, documentaries, and docudramas,” said EWTN Chairman and Chief Executive Officer Michael P. Warsaw. “We are especially proud of this docudrama, which shows that this extraordinary priest gave his life, not because he cared about the politics of war, but because he cared about the men who were dying on those fields; men who needed God and the sacraments; men who needed what only a Catholic priest who was unafraid to die could give them.”

“Called and Chosen” was filmed in New York and California with James Kelty, who has written and directed a number of films for EWTN, including the award-winning “Kateri.”

Kelty will be among the guests interviewed in the special “EWTN Live” which airs at 8 p.m. ET, the night of the premiere. Other special guests will be George J. Phillips, Chairman of the Board of the Father Capodanno Guild (who served with the priest and whose testimony is also in the film); and Mary Preece, Vice-Postulator of Cause of Father Vincent R. Capodanno.

“Not only was Father Capodanno a hero, he was one of those people who had charisma while still being a very humble person,” Kelty said. “People just wanted to be around him -- everyone who knew him told me that.”

“Called and Chosen” is most riveting in the last hour of the 90-minute film, which intersperses the testimonies of those Marines with whom Fr. Capodanno served with realistic battle scenes that put viewers into the heart of the action. We see a Military Chaplain who went into battle – even though it wasn’t required of him – armed only with the weapon of his faith. 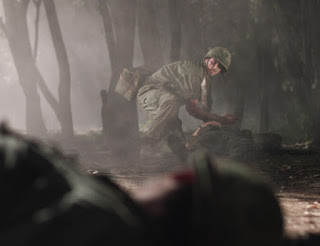 Father Capodanno died exactly where he wanted to be, where he knew God willed him to be. As one Marine who served with him said upon seeing Father’s body: “Every other American I had seen killed had a very terrified look on their face. He was at peace.”

John Elson, EWTN’s Director of Program Acquisitions and Co-Productions, sums up the film’s likely impact on viewers. “After watching the heroism of this Military Chaplain, viewers will be encouraged to take to heart the message that Father Capodanno imparted to his men before they went into what would be this young priest’s final battle. It was: ‘Do not be afraid this day, for God is with us.’”

EWTN Global Catholic Network, in its 37th year, is the largest religious media network in the world. EWTN’s 11 TV channels are broadcast in multiple languages 24 hours a day, seven days a week to over 268 million television households in more than 145 countries and territories. EWTN services also include radio services transmitted through SIRIUS/XM, iHeart Radio, and over 500 domestic and international AM & FM radio affiliates; a worldwide shortwave radio service; the largest Catholic website in the U.S.; electronic and print news services, including “The National Catholic Register” newspaper, and two global wire services; as well as a publishing arm.