Irondale, AL (EWTN) – Michael P. Warsaw, Chairman of the Board and Chief Executive Officer of EWTN, has announced the appointment of J.D. Flynn as Editor-in-Chief of Catholic News Agency.

With news bureaus across the United States, Europe, and in South America, CNA is one of the largest and fastest growing independent Catholic media outlets in the world. EWTN acquired CNA, and its Spanish language sister agency ACI Prensa, in 2014. 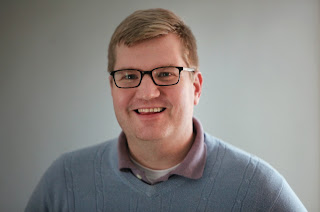 As Editor-in-Chief, Flynn will manage CNA’s reporting for its news syndication service, and its extensive social media news audience. Flynn will also seek to foster greater collaboration between CNA’s news coverage, and the reporting of the National Catholic Register and EWTN News Nightly, both major news outlets within EWTN.

“J.D.’s extensive background in diocesan administration and communications, and his work and training as a canon lawyer, bring a unique perspective to Catholic News Agency,” said Warsaw, adding, “I’m very glad to have him on board."

Alejandro Bermúdez, Executive Director of CNA and ACI Prensa, said that Flynn has been a long-time friend and collaborator. “J.D. is a very talented writer and editor, and has very broad experience with the Church in the United States. This will be great for CNA and for the Church.

Flynn said: “Both Michael Warsaw and Alejandro Bermúdez are remarkable leaders – and CNA’s writers and editors are a talented and dynamic team. This is a group of people writing and thinking from the heart of the Church, telling important stories through the eyes of faith. I’m humbled to be offered this opportunity.

“I also want to express gratitude to Bishop James Conley, my friend and mentor, with whom I have had the pleasure of working for most of the last 10 years,” Flynn continued.  “It has been a privilege to serve his ministry in the Diocese of Lincoln, and I look forward to continued collaboration with him.”

Flynn presently serves as Special Assistant to Bishop James Conley and as Communications Director of the Diocese of Lincoln, Nebraska. Prior to that, he served as Chancellor of the Archdiocese of Denver.

Flynn’s writing has appeared in First Things, National Review, the National Catholic Register, Catholic Vote, and elsewhere. He holds bachelor’s and master’s degrees from Franciscan University of Steubenville, and a licentiate in canon law from The Catholic University of America.

Flynn will begin the position with CNA on August 28.

EWTN Global Catholic Network, in its 36th year, is the largest religious media network in the world. EWTN’s 11 TV channels are broadcast in multiple languages 24 hours a day, seven days a week to over 268 million television households in more than 145 countries and territories. EWTN platforms also include radio services transmitted through SIRIUS/XM, iHeart Radio, and over 500 domestic and international AM & FM radio affiliates; a worldwide shortwave radio service; the largest Catholic website in the U.S.; electronic and print news services, including Catholic News Agency, The National Catholic Register newspaper, and several global news wire services; as well as EWTN Publishing, its book publishing division.