Pope Francis secure behind his walls 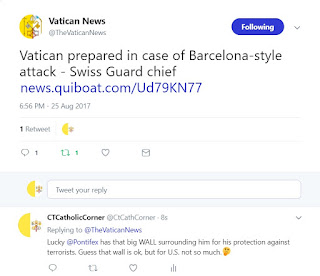 While Pope Francis declares anyone who owns guns and dares calls themselves "Christians" are in fact hypocrites ... 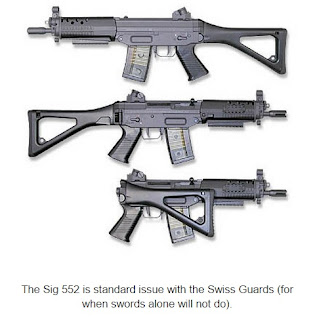 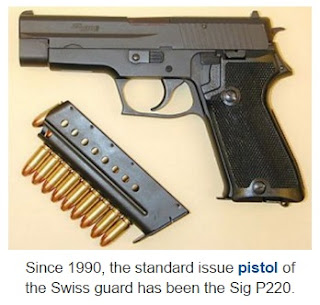 ...and tells other nations not to build walls for security because they aren't Christians either, he sits safely behind his huge walls...


...while his personal well armed Swiss Guard protects him. 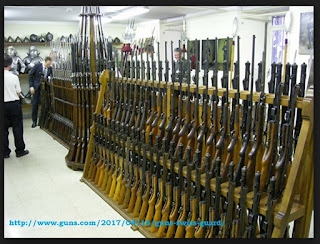 We all pray the day never comes when any of our popes are attacked or killed, but the fact is, more likely than not an attack will come. As long as the demonic theology of Islam continues, Christians will be under threat.

VATICAN CITY (Reuters) - It is perhaps "only a matter of time" before Rome is hit by a Barcelona-style attack but security forces are ready in case the Vatican is targeted, the head the Swiss Guard has said.
Security has been stepped up at religious sites throughout Italy, including at the Vatican, since last year, when a truck driven by a suspected Islamist militant killed 86 people in the French city of Nice.
Barriers and police and army vehicles have been placed around St. Peter's Basilica to make it harder for a vehicle to gather speed in an attack such as the one last week in Barcelona, which killed 13 people.


What Christ's Holy Catholic Church once taught about Islam... 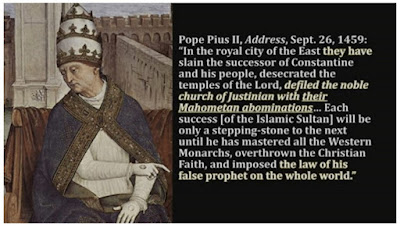 Fifth Lateran Council 1512-17 A.D.
SESSION 12 - 16 March 1517
We are suitably carrying out the duty of our office when we renew again that reform of the whole church and its affairs which we have accomplished with profit; when we plan to apply suitable remedies for the unchallenged observance of the reform and to make provision for cathedrals and metropolitan churches so that they may no longer be without their pastors; and when we supervise these remedies with ever-present attention and untiring efforts, by means of which we may be able to render the Lord's flock, which has been entrusted to our care, acceptable and submissive in the sight of the divine majesty. Our aim is also to crush the Turks and other infidels standing firm in the eastern and southern regions. They treat the way of true light and salvation with complete contempt and totally unyielding blindness; they attack the life-giving cross on which our Saviour willed to accept death so that by dying he might destroy death, and by the ineffable mystery of his most holy life he might restore life; and they make themselves hateful enemies of God and most bitter persecutors of the christian religion. Strengthened by defences not only spiritual but also temporal, we may be able, under God's guidance and favour, to oppose the bitter and frequent sallies by which, in wild rage, they move savagely amidst christian blood.


...is long gone now. Those teachings went out the window with the spirit of Vatican II.

The lets all be friends and kiss the demonic Koran book of lies approach hasn't worked either. 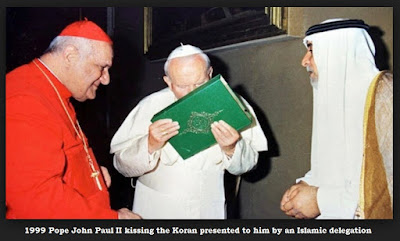 For centuries Islam has wanted to kill Christians. Nothing has changed except the Catholic Church's teaching on Islam. Hold to the old authentic Faith my friends! Kissing demonic books and trying to befriend people who are plotting how to remove your head from your body is not the way to go! Reject the spirit of Vatican II nonsense and trust in the authentic proven teachings of Christ's Holy Catholic Church.